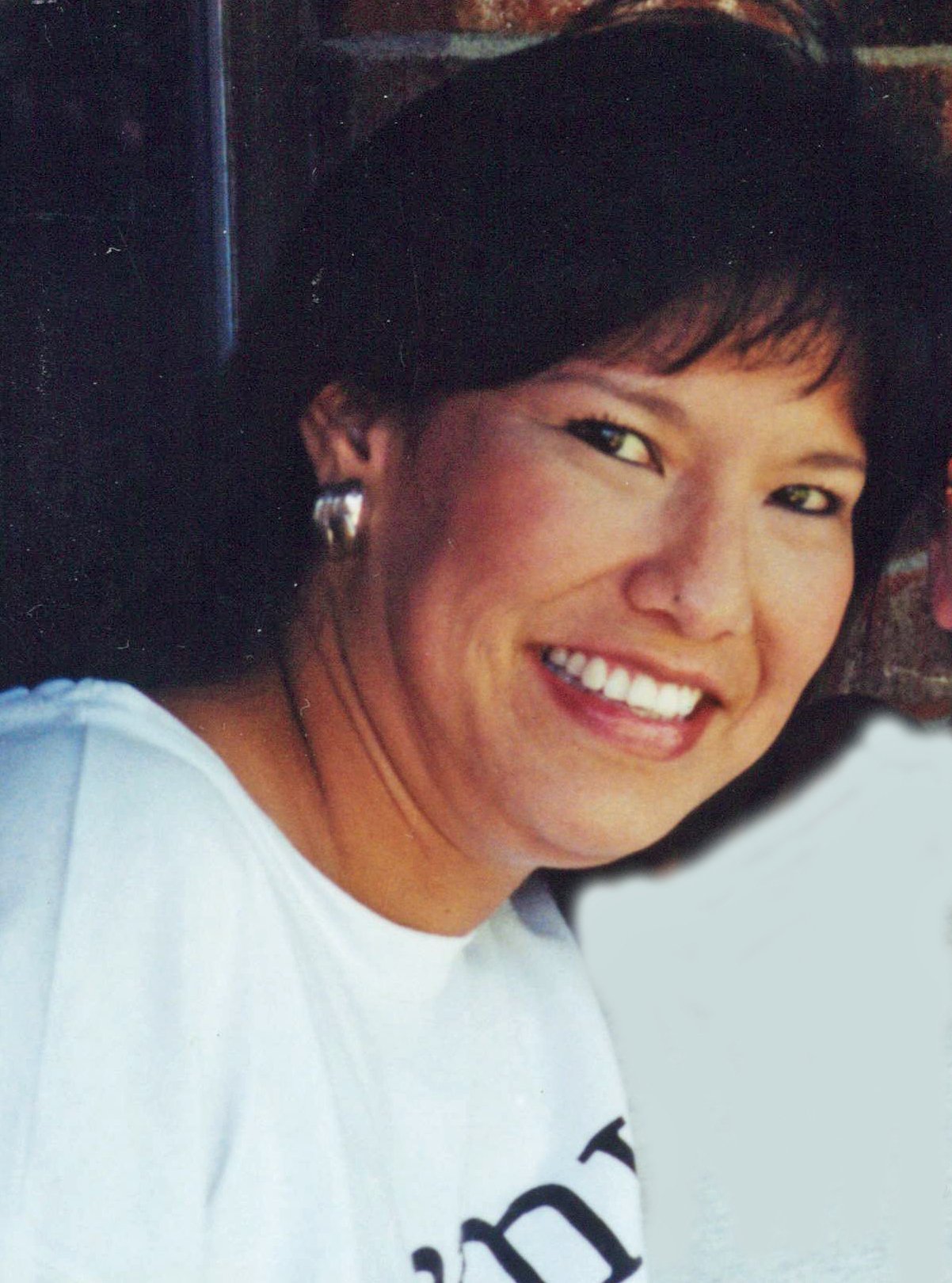 Tomi Jeanette Tiger-Allen, after battling a long illness, passed away on July 24, 2014 in Lewisville, Texas.

Tomi was born in Dulce, New Mexico to Edward Nolan and Evangeline “Peto” Bilberry- Tiger on June 4, 1966. As a child, Tomi lived in New Mexico, California, and Alaska as her parents were educators for the Bureau of Indian Affairs school systems. She and her family moved to El Reno, Oklahoma in 1979. Tomi graduated from El Reno High School in 1984. Tomi went on to attend the University of Oklahoma with one of her favorite cousins, Chris Tiger. While at OU, she was a member of the Tri-Delta Sorority, and a member of OU Band-The Pride of Oklahoma. In 1987, Tomi transferred to Northeastern State University in Tahlequah, Oklahoma where she graduated in May 1989 with a bachelor’s degree in Business Administration. After graduation, Tomi was hired by Delta Airlines as a flight attendant. After training in Atlanta, Georgia, Tomi was assigned duties in the Dallas/Fort Worth area. Tomi was a flight attendant for 16 years. She loved her time with Delta.

Tomi was an enrolled member of the Seminole Nation of Oklahoma. She was always cognizant and proud of her Seminole background and upbringing. Tomi knew how to shake shells, speak a little Muscogee, and made excellent frybread and meatpies. Tomi loved all her Seminole family. She also really, really liked her last name….Tiger. The family would like to say “Mvto” to the Seminole Nation in our time of need.

Tomi is preceded in death by her parents Nolan and Evangeline “Peto” Tiger. She grieved for them up to the time of her passing.  Tomi is survived by her husband of 25 years, Mark W. Allen. During those 25 years, Mark and Tomi saw the whole country, went to numerous sporting events and concerts, and lived life to the fullest. Mark and Tomi’s favorites two cities were San Francisco and New Orleans. They visited both cities often and together.

Tomi also is survived by her sister, Terri Nguyen and husband Xuan Nguyen, and nephews Jonathan, Anthony, and Douglas and great nephew Walter. Nieces included Jennifer and Kellie. Tomi had other relatives she loved from West Texas. Gaylord and Sammie Gross and their two daughters Michele and Gay Lynn were like parents and sisters to her, especially after her mother and father’s passing. They were a great comfort to her in her final days. Tomi also had nieces and nephews on her husband Mark’s side of the family who loved her dearly. His parents, Wally and Sue Allen, Sisters in law Karen and Janice, brothers in law Lenden and Perry and nephews Curry,  Christopher, and Calvin. Nieces include Devin, Gentry, Faye and one great niece, Cameron.

In addition to being an OU sorority member and a member of OU’s band, Tomi was a cheerleader, high school student body president, AAU swimmer,  runner/athlete, outstanding pheasant and quail hunter, water and snow skier. She could help run a trotline, could even bait her own hook. She also owned a thoroughbred racehorse that she raced one summer in Texas. Tomi was also an avid sports fan. She loved the Oklahoma Sooners, Dallas Cowboys, Texas Rangers, The Triple Crown, and The U.S. Swim Team in that order.

Tomi lived, loved, laughed, and enjoyed life to the fullest. She loved all and was loved by all who knew her. She will be in our hearts forever.

Offer Condolence for the family of Tomi Tiger Allen