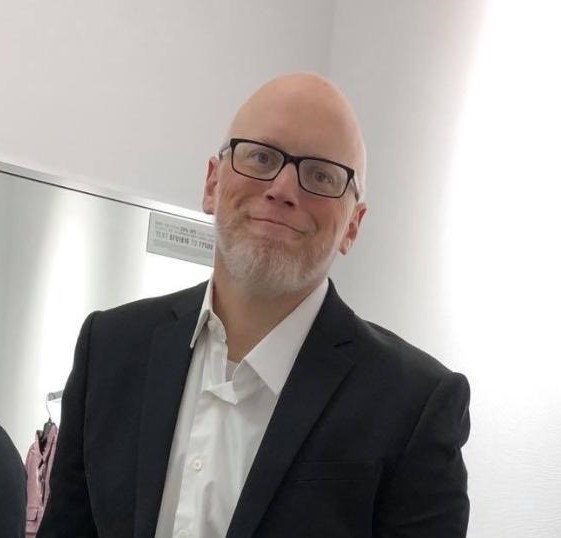 Tiernan Longarad Shaw of McKinney, Texas passed away on May 28, 2020 at the age of 39. Tiernan passed peacefully in the comfort of his home after a prolonged battle with Leiomyosarcoma. Tiernan was born on August 23, 1980 to William Francis and Linda Jo (Gibson) Shaw in Middlebury, Vermont. Tiernan married Jacilyn Christine Helton on June 4, 2005 in Wylie, Texas.
Tiernan was gifted with a tremendous capacity to unconditionally accept and care for anyone who was a part of his life. He was an exceptional uncle and mentor to his niece and nephews. He really relished a good debate with teachers and friends. He enjoyed online gaming making life-long friends with gamers he never met. He loved football and was an avid fan of the Denver Broncos (Go Broncos!) and the Notre Dame Fighting Irish. He also loved music and in high school could be seen marching at halftime playing his flute while wearing his football uniform. Immediately after high school he started college as a music major. He took a hiatus from school and pursued a career in retail management for the next few years.
His journey continued when Tiernan grew restless and returned to school finding his true calling in academia. He attended both Collin College and Texas Woman’s University where he graduated Summa Cum Laude with a degree in English Literature. Tiernan’s intention was to pursue a PhD in Rhetoric and help other students enjoy college as much as he did. Tiernan loved movies, developed extraordinary bonds with his pets, and devoted his time to his studies, wife, friends and family.
Mr. Shaw is preceded in death by his father and best friend, William.
He is survived by his mother, Linda; his wife, Jacilyn; as well as his siblings and their families: Margaret Tara Shaw and Paul Thompson of Dallas, Texas; Bevin Kerith Bates of McKinney, Texas; Bryna Carew Salemi of Pasadena, Maryland with her children, Tristan with wife Melissa, and Gabriel; Brennan Liam Shaw and his wife Venise of McKinney, Texas and their children Katherine, Madalyn, and Liam; Colin Strahan Shaw and his wife Kirby of McKinney, Texas with daughter Harper; Tori and Dylan Simmerman with their children, JJ, Grayson, and Lena. Tiernan is also survived by many friends he considered family and an extraordinary family of faculty members from both Collin College and Texas Woman’s University where he studied.

Tiernan considered himself to be born an Irish Catholic and took comfort in his faith. Each visit to Sunday Mass brought him joy and, in his own words, “…made the entire week better.” The family would like to acknowledge two particular staff members: Fr. Don Zeiler and Ms. Audrey Hair.
A memorial service will be held at 10:00 a.m., Monday, June 8, 2020 at St. Gabriel the Archangel Catholic Church in McKinney, Texas and all that knew and loved Tiernan are welcome to attend to say goodbye and/or pay their respects to his immediate family. There will not be a viewing at this service.

Offer Condolence for the family of Tiernan Longarad Shaw