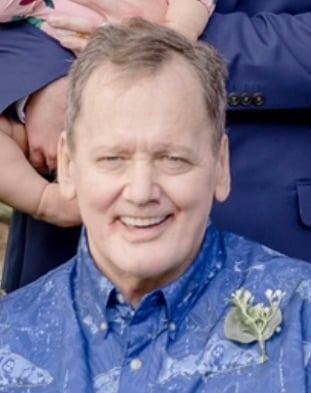 Stephen Frank Ernst passed away on December 8, 2021 at the age of 66 due to a long battle with chronic illness. He was visited by his friends and family, and died peacefully in Waxahachie, at Baylor Scott and White Medical Center.

Steve was born on November 9, 1955 to Alice and Paul Ernst in Dallas, TX. He grew up in Grand Prairie and was very active in sports and church activities throughout his elementary and high school years. He excelled in football and went on to play college football at McMurry University in Abilene. He then went on to earn his degree in physical therapy at the University of Texas Medical Branch in Galveston. He was a therapist for over 25 years until a spinal cord infection ended his career.

Steve had a unique love for people. He was a storyteller, prankster, and never met a stranger. He had a way to motivate others to improve their physical abilities. He especially enjoyed working with high school athletes and their school programs.

Some of his favorite pastimes were watching UT Longhorns or Dallas Cowboys play football, watching movies or eating at Babe’s. His memory for sport statistics was incredible. The most pleasure was found in stories about his children and grandchildren, and their accomplishments. Steve was the proud father of two daughters and three sons, as well as three grandsons and two granddaughters.

Memorial service will be held at a later date.

Offer Condolence for the family of Steve Ernst