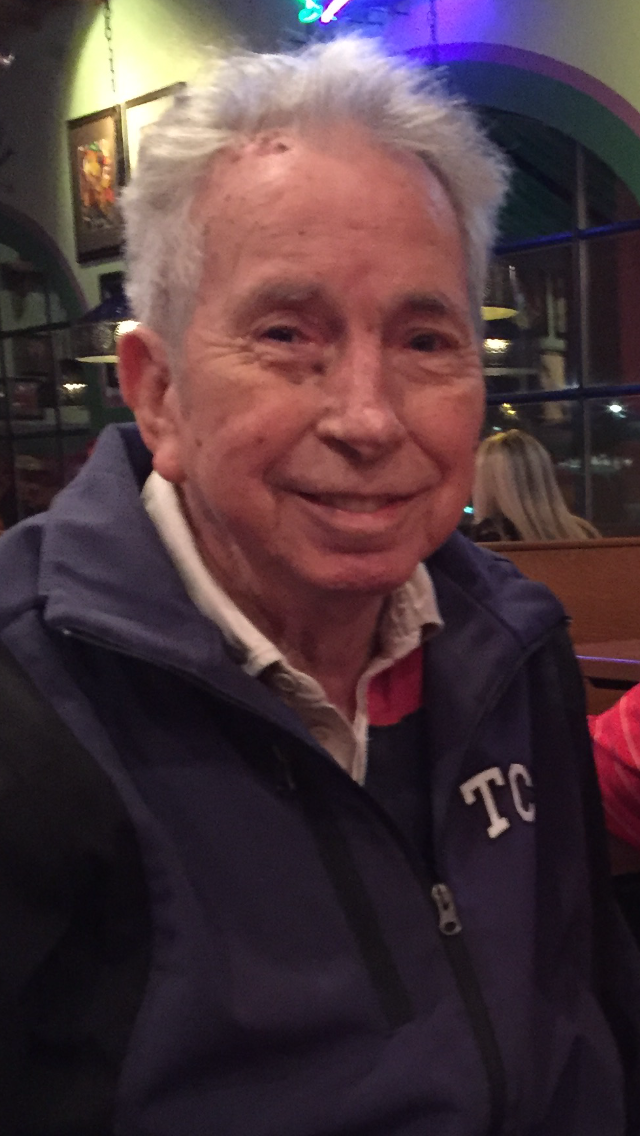 Ross Miller, Jr., 85, passed away May 8, 2016
Funeral: 10 am Thursday, May 12, 2016 at Mayfield Kiser Funeral Home Chapel. Visitation: 6 to 8 pm Wednesday, May 11, 2016 at the funeral home. Burial: Laurel Land Fort Worth.
Ross was born Jan. 14th 1931 in Alba, TX to Julius Clarence and Hattie Bell Miller. He graduated from Gladewater High School in Gladewater, TX in June 1950 and enlisted in the Aviation Branch of the US Navy that same year. He was discharged honorably in 1954.
Ross worked for General Dynamics from 1954 to 1959 while attending TCU in Fort Worth.
Ross fell deeply in love with Emogene Pate. They married June 18 1955 and had two children, Rosilan and Bruce. Ross and Emma were deeply in love and never stopped dating in the 54 years till Emma went home to Our Lord.
Ross graduated Texas Christian University in Fort Worth, TX June 1960 with a Bachelors of Science in Commerce with an accounting major with a 3.3 grade average.
Ross was a life time member, International Fraternity of Delta Sigma Pi and president in 1959. He was a member of The Fort Worth Chapter of National Association of Accountants and president from 1968-1969. Ross was a free and accepted Mason who raised well over a hundred thousand for The Shriners Hospital for Children and was in the Motor Core.
Ross and his family were members of St Luke Cumberland Presbyterian Church In Fort Worth. He was an elder and trustee for his church and was auditor for the Texas Synod of Cumberland Presbyterian for one year and was appointed to a tree year term in 1968.
Ross was on the board of directors that started St Matthew Cumberland Presbyterian Church in Burleson now know as Pathway.
He was preceded in death by his wife, Emogene Pate Miller; parents, Julius Clarence & Hattie Bell; brothers and sisters, Ruby Luella, Carry Wayne, Nancy Ruth, James Carl, Clinton Posie, Frankie Perry
Survivors: brother, Cody Mitchell of Dallas, TX; sister, Joycelene of Odessa, TX; daughter, Rosilan and her husband Mike Warren of Burleson; granddaughter, Amanda; son: Bruce & Teresa Miller; grandson, Michael of Burleson; granddaughter, Amanda and her husband Aubrey Jones of Burleson; Great Grandchildren, Amber. Ayden and Archer, grandson, Nathan of Burleson.

Offer Condolence for the family of Ross Miller