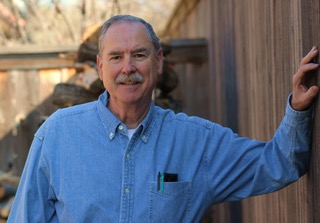 Ronnie attended Auburn University from 1966 to 1970.  He was a member, and commander, of Squadron G-4 of the military fraternity Pershing Rifles.  He was also a member of the Alpha Pi Mu Engineering Honor Society.  He graduated from Auburn University in 1970 with a Bachelor of Industrial Engineering and earned a Master of Business Administration from Southern Methodist University in 1979.  He was a Distinguished Military Graduate from the Auburn Reserve Officer Training Corps, and received a Regular Army commission as a second lieutenant in the U.S. Army.  He was an Airborne Ranger, having graduated from both courses.  He was honorably discharged December 1974 with the rank of Captain, having earned the National Defense Service Medal,Airborne Badge, Ranger Tab, Presidential Unit Citation, and the German Parachute Badge.  Ron worked as an industrial engineer at various places during his long work career including Frito Lay, Rockwell International, CarboMedics, and Lockheed Martin.

Ronnie was the head of a Christian family, whose motto was “As for me and my house, we will serve the Lord.”  He loved his wife Vicki dearly.  He lived life fully, and especially liked spending time with his children and grandchildren.  He was a life-long member of the Baptist church, and an ardent follower of Jesus Christ.  He had a secret twinkle in his eye that made you want to know what he knew that the rest of us didn’t. Ronnie was also an avid reader and history buff, and studied military history, always with an eye to how such matters apply today. Everyone who had the good fortune to know Ronnie was richer for the experience.

The family is especially grateful to two caregivers, Johnnie Broach and Carla Richmond, and to Compassus Hospice nurses, doctors, and chaplain for their superior care, especially nurse Beverly Bustamante, who went above and beyond to help Ronnie.

A memorial service will be held Thursday, March 21, 2019 at 1 pm at Wedgwood Baptist Church, with Dr. Rick Yount officiating.  The family will receive friends after the service. In lieu of flowers, the family requests donations in memory of Ronnie to Wedgwood Baptist Church with memo “Awaken,” or  to Paulie Ayala’s Punching Out Parkinson’s, 7616 Camp Bowie West Blvd., Fort Worth, 76116, website www.punchingoutparkinsons.org .

Offer Condolence for the family of Ronald “Ronnie” Ward Weaver