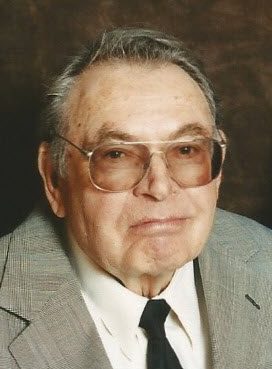 Robert W. Olson, 91 passed away peacefully on March 28, 2021 at the home of his son, Rheinhold and Jeaneen Olson, in Celina, Texas.

Robert was born on a farm south of Herndon on February 24, 1930 to Robert Lee and Hattie Olson. He was the oldest of four children. He graduated from Decatur County High School in 1949. After graduation he began farming with his father Robert Lee Olson. In April 1951 he enlisted in the Air Force and performed his basic training at Lackland Air Base in Texas and his schooling in Camp Gordon, Georgia. For three years he was stationed in Germany and was part of the 7100 Air Police Squadron. After returning from Germany, he was stationed at Castle Air Force Base in California. He met Sally Ann Duran in California and married her on April 23, 1955. In May 1955 he was honorably discharged and returned to Herndon, Kansas to farm with his father. In August 1956 the couple, with their first child moved to Pueblo, CO to allow Robert to attend Pueblo College. In 1959 with the birth of their second child and Robert’s graduation with an Associate Appliance Degree in Electronics and Communications, the family moved to a farm thirteen miles south of Atwood on the North Platte Sappa Creek. The farmland had previously been owned by his grandfather, Walther Schmidt. Robert remained on that farmland until 2013. He was a loving brother, husband and father. His faith in Christ has led him home.

Offer Condolence for the family of Robert W. Olson