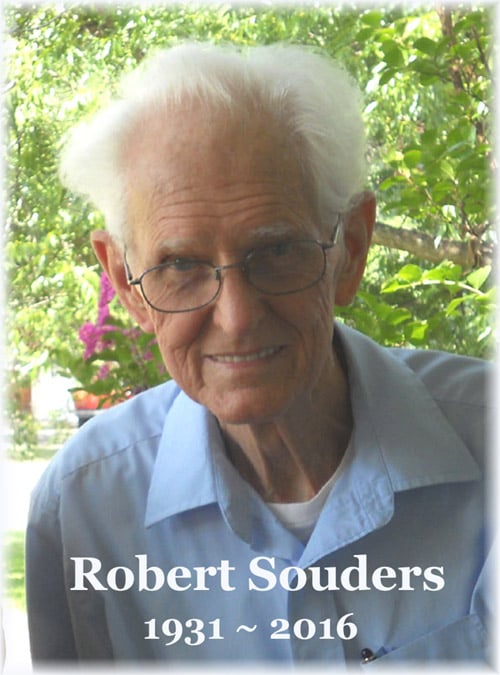 FORT WORTH – Robert Emmett Souders, 85, died May 21, 2016.
Funeral: 11 am Wednesday at Burleson Church of Christ. Visitation: 6 to 8 pm at the funeral home. Interment: Laurel Land Fort Worth.

Robert Emmett Souders was born May 3rd 1931 in Grady County, Oklahoma. He was the third of four children by parents Roy and Fannie Souders. He was raised on a farm near Pocasset, Oklahoma. His future wife, Marjorie Collins, lived on her family farm just 8 miles to the north. They married in April 1952 and celebrated their 60th anniversary in 2012. They had four children; Gary, Randy, Kathleen and Kelli. They were blessed with seven grandchildren and 9 great grand children.

In the mid 1950’s the young family moved to the Rio Grande valley to try their luck farming there. However, that venture didn’t last long and the family migrated back north. Along the way they decided to leave farming behind and put down roots in Fort Worth. Robert quickly found work with Texas Steel Company. A couple years later he embarked on a long career with the Fort Worth Independent School District. He began as a school custodian and eventually joined their city-wide building maintenance department. He retired from the school system after 37 years to work full time in the family’s growing art gallery and frame shop. He remained active in that role until just prior to his hospitalization in May.

For Robert, faith, family, fidelity and work were all firmly entwined and inseparable. Each was proven by the other. He didn’t preach.. he simply and humbly lived it every day for 85 years.

Offer Condolence for the family of Robert Emmett Souders