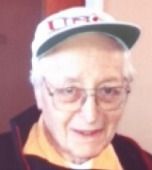 Robert was born in Brooklyn , graduated Brooklyn Tech, Cooper Union and NYU Polytechnic Institute.  Moved to Queens in 1951, Omaha in 1974 and Richardson TX in 1977.

He was a machinist in the Brooklyn Navy Yard where he met Stella.  He served in the Army Corp of Engineers in WWII and Korea.  He was a Consulting Mechanical Engineer for Gibbs & Hill designing Power Plants in North America and Europe.  His last and favorite project was Working in Monterey Mexico on Co-Generation Plants.  He loved fixing jobs gone awry  in Nuclear, Coal, Garbage recycling  and other specialty applications.

A lifelong Stamp Collector of Mint International Sheets.  Shared Boy Scouts and Little League with his Sons.  Enjoyed travel with Stella in the 1980s and 1990s, and 11 European Trips with Stella and his Sons 1997-2002.  He loved Restaurants and reading Menus. My Dad was a modest loving man.

Offer Condolence for the family of Robert Ploss