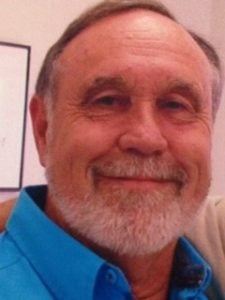 Ollie was born on February 28, 1941 in West Monroe, LA. He served from 1959 to 1963 in the US Air Force. There he served in the 25th Weather Squadron as a meteorologist. He started working for La. Power and Light in 1965 and retired from Entergy Corp. in 2003. He was a member of First Baptist Burleson.

He was preceded in death by his father, Ollie A. Dean and his mother, Mae Smith Dean. He is survived by his wife of 26 years, Adonna ‘Jo’ Dean, daughter Michele Pham of Olney TX, sons David Dean of West Monroe LA and James Dean of San Diego CA, and sister Margie McGough Bruce, West Monroe LA. He was ‘Papa’ to his two special granddaughters Claire and Lauren Pham.

In lieu of flowers memorials can be made to the Louisiana Baptist Children’s Home, Monroe LA.

Offer Condolence for the family of Ollie Ray Dean