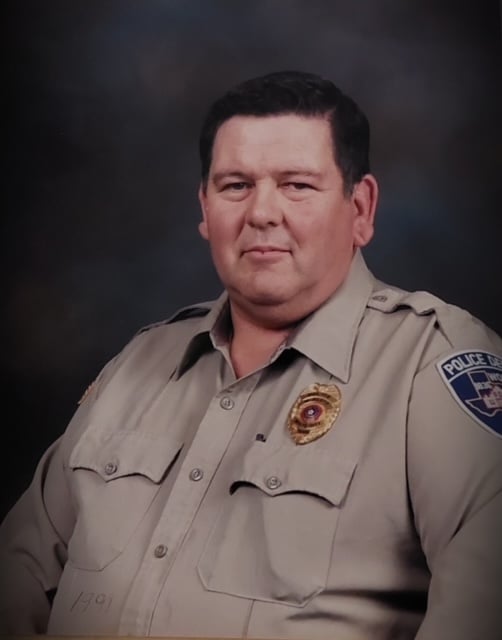 Miron was born March 12, 1946 in Englewood, KS to Henry (Hank) Klotz and Pernie Faye (Luttrell) Klotz. After high school, Miron enlisted in the US Army where he went on to serve 2 tours in Viet Nam. When he was discharged from the military, Miron did a variety of jobs from working on a ranch, to driving a forklift then he moved on to a truck for several years before going into law enforcement. In 1986, he joined the Wolfe City Police Department where he worked until leaving for the Hunt County Sheriff’s office in 1992. Miron then settled down in Lone Oak as the chief of police in 1999 and retired in 2002.

In 1990, when Miron was an officer with the Wolfe City Police Department, he met JoAnn Hickman and immediately set to work on wooing her. They were married on October 1, 1999 in Lone Oak where they lived until his passing. Miron loved fishing, guns, cars and wheeling & dealing all of the above. He loved his kids and was proud of each of them but he was exceptionally proud of his grandbabies and great-grandbabies.

He was preceded in death by his parents, sister, Nancy and step-son, Eddie Hickman.

A memorial service will be held Saturday, September 11 at 10:30 at the Lone Oak Community Center.

Offer Condolence for the family of Miron Lloyd Klotz, Sr.