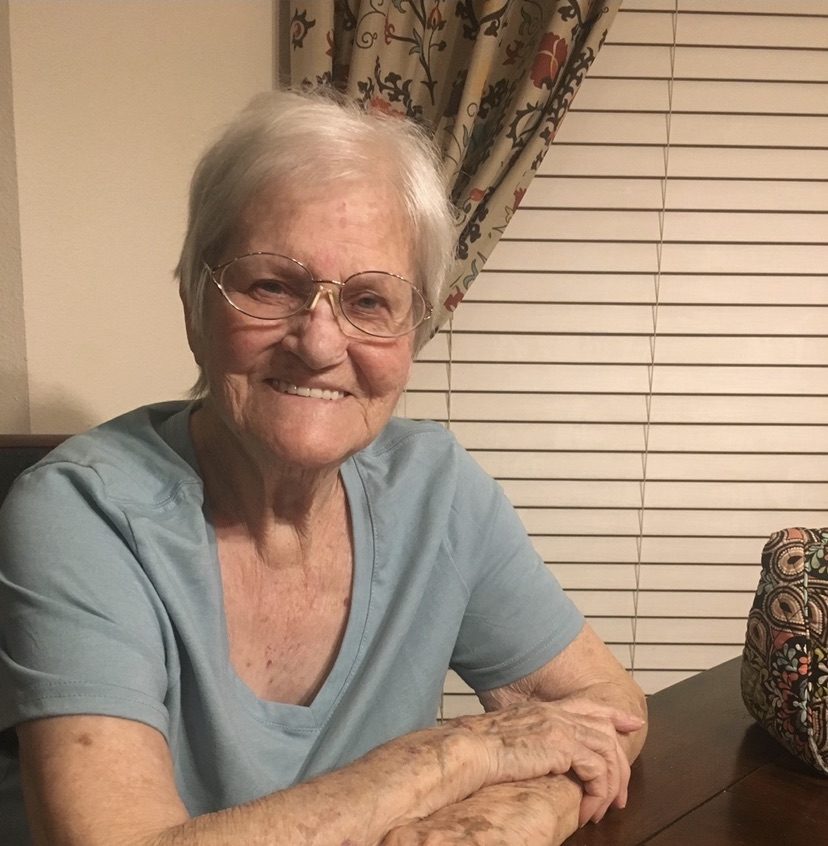 Mary Frances (Fran) went to be with our Heavenly Father on Sunday, January 23, 2022.

Daughter of James Homer Nix and Sadie Johnson Nix. She was born in Cleveland, Georgia on October 31, 1931. She graduated from Hopedale High School In 1949.
While serving nine years as a military spouse being stationed in Alaska and other parts of the United States after discharge they settled in Florida to be close to Family and raise their children.
Many years later upon retirement Fran moved to Texas to be close to her daughter and Granddaughter. Her sons followed her to Texas shortly there after. She was a devoted Mother and Grandmother and loved each of us unconditionally. She will always be remembered for her beautiful smile. To have known her was to have loved her. She will be truly missed by all that knew her.
Preceded in Death by her parents James Homer Nix and Sadie Johnson Nix,
Sisters, Lorraine Nelson and Viola Davis,
Niece, Karen Davis, Daughter, Tina Dykes,
Son, Steven Paul Dykes.
Those left to Cherish Her Memory
Daughter, Charolette Jordan, Sons, Daniel Dykes wife Carla and Kurt Hutchinson,
Grandchildren, Tiffany Humphrey and husband Christian, Cody Dykes and wife Amanda, Barbie Jo Smerecki, Steven Dykes.
Great Grandchildren, Brooklyn and Riley Humphrey, Charlee and Ryker Dykes, Bennett and Maddox Dykes.
In lieu of flowers please donate to her favorite charity.
St. Jude’s Childrens Research Hospital
A Memorial date will be announced soon.

Offer Condolence for the family of Mary Frances Nix Hutchinson