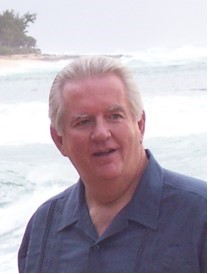 Larry Steven Shellenberger, 74, peacefully passed away holding his wife’s hand, on November 23, 2020 after a hard, courageous fight with thyroid cancer.

Larry was an only child born July 19, 1946, in Portland Oregon to Gloria Georgia Goodwin Shellenberger. He grew up in Yakima Washington where he graduated from A.C. Davis High School. After graduating, he met the love of his life and married, Waynoka Eileen Morgan, on September 3, 1966. Together they moved to Seattle Washington where he worked in accounting for Acme Poultry and began raising two beautiful daughters. Filling a life dream, he moved his family back to his hometown of Yakima where he cared for his mother through her battle with Alzheimer’s. There he began his career in railroad transportation and later moved to Fort Worth, Texas, where he retired in 2012 as a rail clerk from Burlington Northern Santa Fe.

Through the years he enjoyed league bowling, playing card games, and looked forward to watching and boisterously cheering for the Seattle Seahawks during football season. Most recently he found great pleasure in playing pinochle each week with his friends at the Senior Center. His greatest joy of all was spending time with his wife and caring for her like a true gentleman.

At Larry’s request, no funeral or memorial service will be held. Should friends desire, memorial contributions may be sent to the American Cancer Society, American Heart Association, or Alzheimer’s Association.

Offer Condolence for the family of Larry Steven Shellenberger