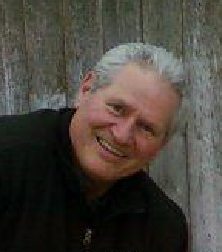 Jerry was born to Jack and Elinor Griffith, October 13, 1947, in Worthington, Minnesota. He graduated from Worthington High School in 1965 and received a Bachelor of Science degree in Mechanical Engineering from the University of North Dakota in 1970. He was an avid sports enthusiast and was a star football, basketball, and baseball player in high school and college. In 1996 he was inducted into the Worthington HS Athletic Hall of Fame. He also received numerous academic awards and scholarships, all while being Class President and Homecoming King. His love for sports evolved into a love for the outdoors where he thoroughly enjoyed fishing and hunting. He never missed an opportunity to enjoy the good times in life with many friends and family near and far.

He leaves as his legacy two children and four grandchildren: Mike Griffith (Amber Lockhart, granddaughter Kai, and twin grandsons Jace and Kaden); and Lori Wester (Kevin and granddaughter Reagan). He also leaves to cherish his memory, his mother Elinor and his two sisters Barbara Stalder (John) and Jane Voss (Denny), and numerous nieces and nephews and other beloved family. He was preceded in death by his father Jack Griffith.

Jerry was a Lieutenant Colonel in the US Army Reserves with four years active duty and eighteen years USAR duty. He honorably served his country during the Vietnam and Desert Storm wars. He spent over twenty years with Gulf Oil (now Chevron USA) and the majority of his remaining work years with BP America, working with synthetic fields and oil & gas exploration and production activities in Mississippi, Texas, Wyoming, and Colorado.

A private family service will be held at the DFW National Cemetery around Christmas time with military honors. In lieu of flowers, the family requests donations be made payable to the Liberty House c/o MHMR of Tarrant County (Tax Id 75-2890731), PO Box 2603, Fort Worth, TX 76113, in memory of Jerry Alan Griffith. We will collect all donations and present them to the Liberty House or you can donate online at https://interland3.donorperfect.net/weblink/weblink.aspx?name=E36544&id=7 (you can dedicate the donation and select Liberty House). Jerry was always a proud veteran and we want to perpetuate his memory by ensuring donations are impactful and for a worthy cause. The Liberty House, 1501 E. El Paso St., Bldg. B, Fort Worth, TX 76102, offers transitional housing and support for homeless veterans. The family would also like to thank everyone for the many years of support and prayers during his Alzheimer’s journey.

Offer Condolence for the family of Jerry Alan Griffith