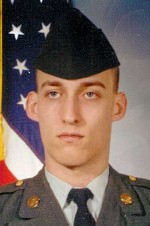 He enlisted in the Army in 1989.  He was ordered to active duty as a Corporal in support of Operation Desert Shield/Dessert Storm.

Douglas was a dedicated family man who cherished his children and grandchildren.  He was a doting father, loving man and caring friend.  An avid automobile hobbyist, reader, gamer, jokester, mentor to many, lover of animals, his love of country and dedication to service followed him throughout his full life.  He will be sorely missed.

Visitation is June 26, at 1:00pm until 3:00pm, at Mayfield Kiser Funeral Home, Burleson, TX.  Memorial and Burial to take place at a later date in Rock Island, IL.

Offer Condolence for the family of Douglas "Corey" Linn