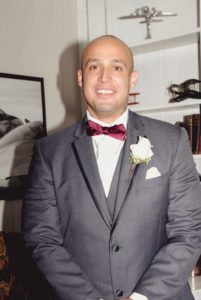 Christopher Chad Utley, 32, entered fully into the presence of his Lord and Savior Saturday, August 19, 2017 unexpectedly.

Chad was born April 26, 1985 to Clint and Mary Utley in Fort Worth, Texas and was the second of three children. He lived a full life and expressed himself through his music, he found adventure in all that he did and left this world a well-loved man. Chad graduated from Paschal High School and had a love for music, and talking about boxing and sports with his brothers. Chad’s pride and joy was his son Cain Utley which anyone who was around him could see the love he had for Cain. Chad was known for helping others whenever he could without even thinking twice about it.

Anybody that would like to congregate after the services are welcome over to The Rhodes House at 1109 Litchfield Cir Burleson TX 76028 for a reception to celebrate the life of Chad.

The family wishes to thank everyone who sent loving thoughts and prayers, and who tenderly ministered to all of them.

Offer Condolence for the family of Christopher Chad Utley