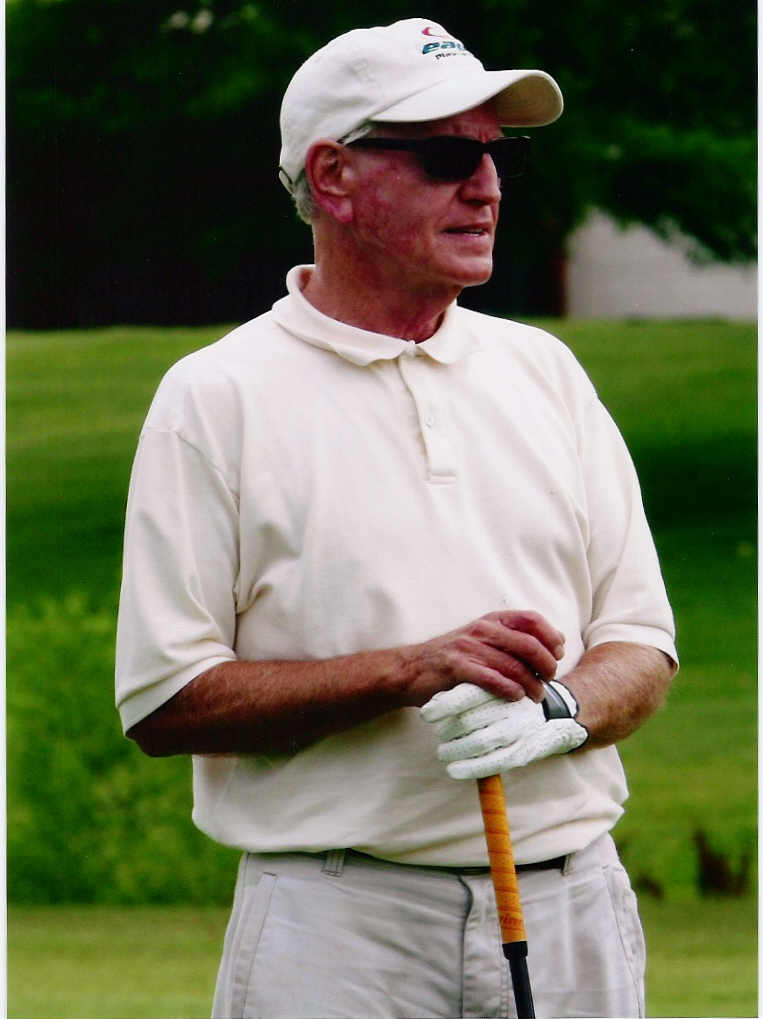 Charles Philip “Phil” Burt, 80, passed away peacefully in Fort Worth, TX, on December 10, 2020.
Phil was born July 25, 1940, in Manhattan, Kansas, to Charles William and Ona Mae (Dodgion) Burt. Phil always loved sports and grew up playing on his school sports teams. He graduated with a Bachelor’s Degree in Business from Washburn University in Topeka, Kansas.
Phil married Jean Louise Stark on June 25, 1961, and they raised their three daughters in Kansas, Iowa, and, finally, in Texas.
Phil’s love of sports led him to the game of golf. He had a passion for the game, and he played until he was no longer able to swing the club. He played courses all across the country, and even got to travel to see the Masters in Augusta.
Phil also enjoyed family gatherings, and his favorite hobby (besides golf) was teasing and having fun with his grandkids. He had a great sense of humor and always loved a good joke. Phil also grew up with a deep affection for dogs that lasted throughout his life.
Phil is survived by his three daughters, Sheri Vecera, Susan (Jonathan) Hyman, and Cynthia (John) Hill; his seven grandchildren, Nathan (Rebecca) Vecera, Camryn Vecera, Jacob Hyman, Abigail Hyman, Justin (Briana) Massie, Hunter Massie, Nicholas (Lexi) Massie; great-grandchildren, Skylar Massie and Everlee Massie; and sisters Doris Ramsour and Linda (Tom) Gamble. Phil will be missed by many other family members and friends as well.
He was preceded in death by his beloved wife Jean just 77 days previously. They would have celebrated their 60th anniversary in June of 2021
Phil was also preceded in death by his parents, his brother Robert Burt, and his sister Marilyn Davenport.
Fittingly, a celebration of both Phil’s and Jean’s life will be held Saturday, January 2, 2021, at 11 a.m. at Skyvue Funeral Home in Mansfield TX.
In lieu of flowers, donations may be made to the Alzheimer’s Association.
Condolences for the family may be offered at www.lonestarcremation.com

Offer Condolence for the family of Charles Philip “Phil” Burt