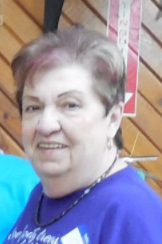 Carol was born in Tulsa, Oklahoma to George and Lois Workman Richardson.

She was preceded in death by her father, George Richardson of Kansas, her mother, Lois Sanders of Oklahoma as well as her husband, James “Dan” Rhoades, Alvarado, Texas.

Survivors include: a daughter Sharyl Moffit (Edmond) of Arkansas, and 2 sons Darrel Robinson (Cyndi) of Oklahoma, and Solomon Anderson of North Carolina. As well as several grandchildren and great grandchildren.

She was an avid supporter of the VFW and American Legion where she was a member.
There will not be an actual service at this time.

Offer Condolence for the family of Carol Ann Rhoades