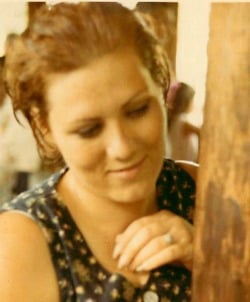 Billie Ruth was born on September 15, 1947 to J. B. and Ruby Clark.  She was the 7th child out of 8th and one of five sisters. She graduated from Burleson High school and continued her education with JobCorps learning bookkeeping and accounting. Her thirst for learning never waned and later, she went back to school for computer training.

In 1967, she met and married the love of her life, Chester Batchelor.  Together, they didn’t have kids but they had kids. Over the years, Billie and Chester took in several nephews and nieces to help out. Most folks get one or two kids at a time. In 1980, they got 4 all at once. They had already taken in Maurene a couple of times and Cindy was already with them when the four youngest kids of her brother Wayne needed her. They said yes and instantly, they had 5 kids in the house. Money was tight but they always had food to eat and a place to live. Her heart was so full of love that she took in animals too. She couldn’t stand for anything or anyone to be hungry or out in the cold. Countless dogs and cats were cared for in Billie’s house and outside. When her mother and oldest sister needed caring for, Billie was there. When Chester’s father needed to be cared for, Billie was there. She was always there for anyone who needed her and she will be missed greatly by all of those who loved her.

Billie is survived by her husband 46 years, Chester and six children. Maurene Jones, her sons Chandler and Brandon, Cindy Martinez and her husband Ben and their children, Taylor, Sterling, Ryan, Dillon, Rivers and Elvis: Amanda Nagao and her husband Blaine and their children, Christopher, Matthew and Taylor; Dwayne Clark and his daughter Maryssa; Derek Clark and his wife Shanna and daughter Destiny; and Courtney Clark. She also has 2 great-grand children, Kami and Dominic.


Offer Condolence for the family of Billie Ruth Batchelor