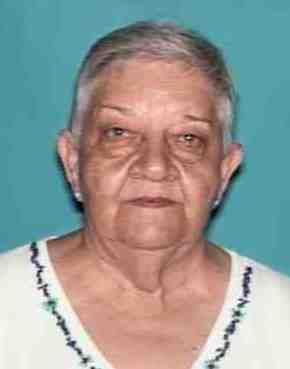 Betty was born July 28, 1932 in Hastings, Michigan, first born child to William and Lillian Clemence. Her younger brothers were Robert (Bobby) of Athens, Michigan and William (Billy) of Bremond, Texas.

In the 1950’s Betty’s mother convinced the family to follow her sister Viola and her husband, Colonel Otis J. Foster to Texas where he was serving as the last base commander of James Connally Air Force Base in Waco. It was there, helping her father build and run a truck stop and diner in Elm Mott that Betty developed a love for the food service industry and became an excellent cook. After the family lost everything in a tornado Betty decided to try another field and attended nursing school. After earning her LVN, she worked for several years as an operating nurse at Hillcrest Hospital in Waco. Betty married Melvin Eugene Storie in 1953 and from this union was born her only son, Richard, in 1955. After their divorce Betty married George Gillam of Mart, Tx. and they lived in Marlin, Tx. until their divorce in 2012. After Betty retired from nursing she went back to her first love in the food service industry. In Marlin, she managed the Falls Hotel Restaurant for several years before opening her own restaurant, Betty’s at the Old Marlin Bathhouse. Betty also liked adventure and took numerous trips around the country, including spots her favorite entertainer, Elvis, performed. Before Betty had to slow down due to her health, she traveled to Yellowstone State Park during the summer months to work at various hotels and restaurants in the park during the tourist season.

Betty is preceded in death by her parents, her brothers, and her ex-husbands. She is survived by her son Richard and his wife Cindy of La Marque, Tx. Her grandchildren Chris and his wife Michaela of Waco, Tx; Amber Collier and her husband Chris Rosendahl of Houston, Tx; and Stacy Gillam of La Marque, Tx. She also leaves behind six great-grandchildren, Sara, Lana and Jordin Gillam of Waco and, Brianna, Erica and Jayson Collier of Houston.

Betty’s friends and family knew her as a formidable woman who was not afraid to speak her mind, but she was also loyal and generous and willing to help those in need. Her biggest regret was knowing she would not be around longer to continue to see her great-grandchildren continue to blossom and not being able to do more for her family.

Betty’s last request was that there would be no service after her passing. Her friends and family will celebrate her life and morn her passing in private. She asked for no memorials just the thoughts and prayers for her family and if anyone did wish to place a remembrance to do so to their favorite charity. Condolences for the family may be offered at www.lonestarcremation.com

Offer Condolence for the family of Betty Clemence Gillam