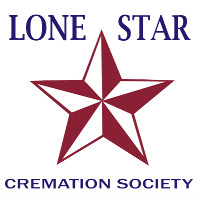 William Tipton (Bill) Brooks, 64, passed away Saturday, July 12, 2014 in Fort Worth.
Service: A military tribute is scheduled for the Tolar cemetery, Saturday, July 26, at 11 A.M, followed by a celebration of his life at the Granbury VFW Post 7835 at noon. Friends and family are invited to both to share a good story and remember.
Bill was born July 15,1949, to ‘Top’ and Myrtle Brooks and was raised in Tolar, Texas.Bill was a decorated Army veteran of the Vietnam War. He was known to be a straight-talking friend, loving father, and grandfather, who valued the time he had with family and friends.
Survivors: Bill is survived by: son, Robert Brooks of Marshall, TX, and daughter, Liz and husband Kenny Golston of Augusta, GA. Three grandchildren: Keenan, Kevin, and Kendell Golston, also of Augusta, GA.

Offer Condolence for the family of William Tipton Brooks