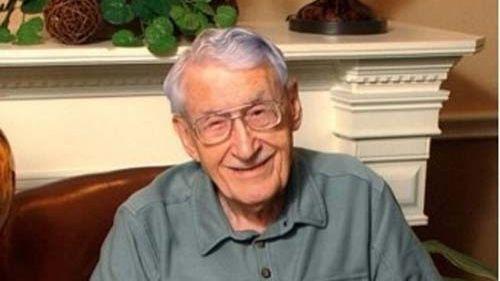 When Don Boyett retired from the Orlando Sentinel in November 1998 after 47 years as a newspaperman he called his journalism career “a grand ride.”

“I can think of no job I would rather have been doing, or any place I would rather have been doing it, than writing about this [Seminole] county these past few years,” Boyett wrote in one of his final columns for the Sentinel. “Some of you, along the way, I offended, and a few of those are due an apology. It was unintentional. As for the rest of the offended, I can say only that I did so, on purpose, and would do so again. You had it coming.”

Boyett, an editor and columnist for the Sentinel for more than two decades, died Dec. 13 of complications from Parkinson’s disease. He was 93.

Family members and friends said Boyett loved to tell stories, either through print, his photographs or simply sitting at the table enjoying a meal.

“He just loved to talk and to hear people’s stories,” said his daughter, Donna Boyett, 65, of Casselberry.

The elder Boyett also was known for his witticisms. For example, he loved woodworking and turned his garage into a workshop filled with table saws, jigsaws and other machines and tools.

But he sternly told people not to call it a “garage,” his daughter said. “Otherwise, ‘my wife will want to park the car there,’ he would say.”

Born in Boswell, Okla., Boyett nearly died as a toddler after contracting polio. At 17, he enlisted in the Navy — with his parents’ permission — and was stationed in Hawaii during World War II, where he served on a PT boat.

After the U.S. dropped two atomic bombs on Japan to end the war, Boyett and fellow crew members sailed into Japan, where he was stunned at the devastation, his daughter said.

When he came home from the war, Boyett enrolled at Oklahoma State University with plans to study engineering.

“After a year, he and the dean decided engineering wasn’t for him,” Donna Boyett said. He then earned diplomas in photography from a school in Dallas and settled in Elk City, Okla., where he worked for a studio.

In 1948, he married Therlene Barten, whom he refered to in his columns as “my bride.” Therlene Boyett died in May 2012. They were married for 63 years.

Kicking off his journalism career of nearly half-a-century, Boyett began working as a photographer and reporter for the Elk City Daily News. He then moved on to reporting and editor positions in Texas at the Amarillo Globe News and Beaumont Enterprise and Journal and in Kansas at the Wichita Eagle-Beacon.

He was hired at the Sentinel in 1976 and worked on the editorial board and oversaw the bureau operations in Osceola and Seminole counties.

In his columns, Boyett often wrote about Seminole politics.

“I’m back to what I like best,” Boyett wrote in one of his final Sentinel columns. “Writing with complete freedom as to my subjects and the opinions I express. Who could ask for more. …It’s time to saddle up and ride out.”

After his wife’s death, Boyett moved to Arlington, Texas.

A memorial service will be held Dec. 29 at St. Barnabas United Methodist Church in Arlington.

Offer Condolence for the family of William Donald (Don) Boyett