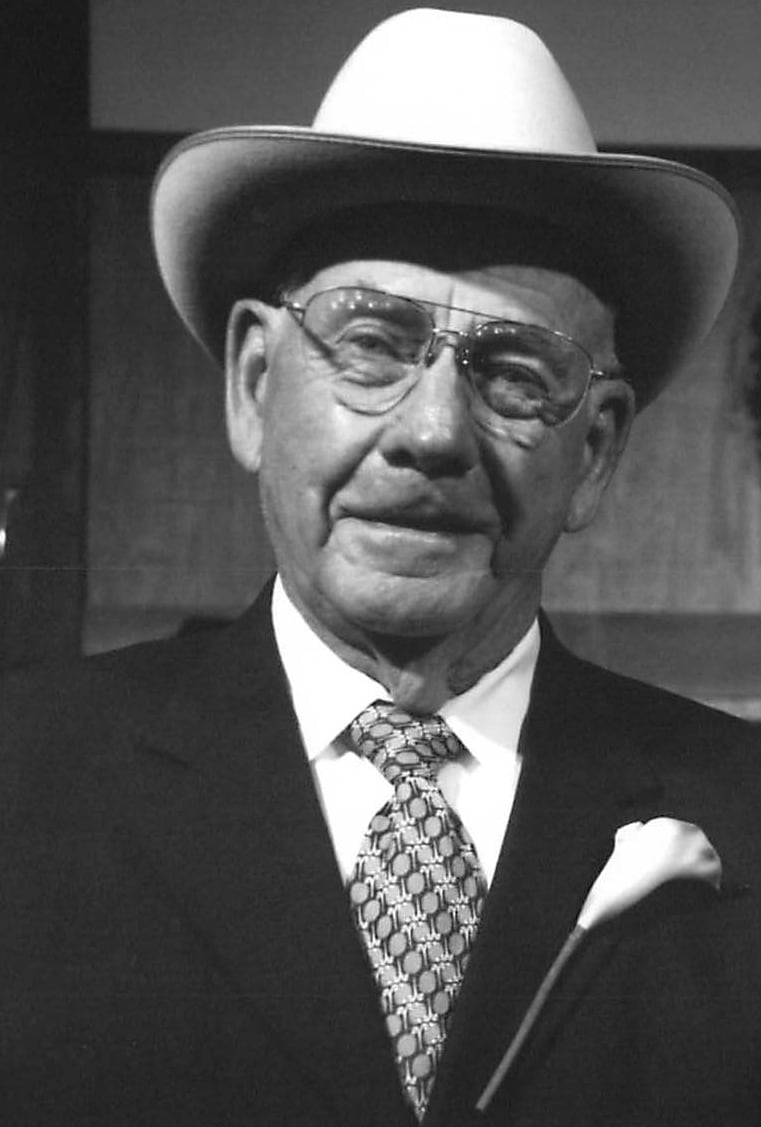 William E. Steelman, 86 passed away Friday, February 13, 2015 at his home in Burleson. Funeral services will be at Mayfield Kiser funeral home on Thursday, February 19th at 10am. Interment: Tye Cemetery Oak Grove Community. Visitation will be Wednesday, February 18th from 6 to 8pm at the funeral home. William was born on February 2, 1929 to Clyde L. Steelman and Lillie B. Shipp  and raised in De Kalb Texas. William married his wife Freddie Ray Pierce on May 21, 1949. He retired from Lockheed Martin in 1993 after working there for 46 years. William also served  his country in the Army during the Korrea war from 1953-1954 and he finished Barber School in 1957. Their son Dwight was born on October 21, 1955 in Fort Worth.  William enjoyed spending time with his family, working on the farm and raising his animals. William is proceeded in death by both parents, his brother Harold Steelman and his sister Bertha O’Rear. Survivors: He is survived by his wife, Freddie of 65 years his son, Dwight and wife Renae; grandchildren Angela and husband, Johnny Johnson; Tracey and wife, Laurie Steelman, Brittany and husband, Alex Hoeninghaus. great-grandchildren, Kolton, Dakota and Calysa Gray, Clayton and Kason Steelman, Dominick, Alexis and Avery Hoeninghaus; Siblings, Hazel Hilton, Frances Brewer, Wanda Clemons, Wallace Steelman, Lynn Steelman, his Blue Healer Bonnie and many nieces and nephews.

Offer Condolence for the family of William "Bill" Steelman