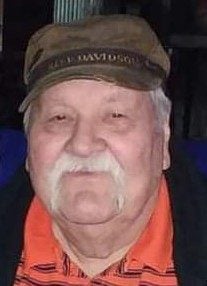 Vernon Bieker of Crowley, Texas passed away on January 22, 2021 at the young age of 83 peacefully at home surrounded by his children and grandchildren. He was born to Leona and Theodore Bieker in Wakeeney, Kansas in 1938. He was the oldest of six children. Later the family moved to Colby, Kansas where he spent most of his teenage years. Vernon was always into cars and motorcycles. He was a member of the Colby “Road Dusters” Car Club during high school in the 1950’s. He joined the United States Air Force in 1956. For 20 years he served in the Strategic and Tactical Air Commands as a Crew Chief in Aviation Maintenance attaining the rank of Technical Sergeant. During his service, he worked on many of the aircraft that are famous today like the B-52, F86, F4 Phantom, F100 and the F105 Thunderchief to name a few. As a crew chief he was was well regarded by his direct reports and peers. He attained two Air Force Commendation Medals during his career in the service. Vernon saw a lot of Southeast Asia between the 50′ and 60’s including Japan, Thailand, Vietnam and other hops over the Pacific ocean as he like to say. His service during most of the Vietnam War was based at Korat, Thailand on the F4 and F105 Reconnaissance group in what was known as the “Wild Weasels”, which did radar jamming on SAM sites in North Vietnam to provide cover for B52’s. After retiring from the United States Air Force, Vernon returned to Texas beginning a career as a locksmith for 25 years. Vernon was a Master of the art of locksmithing and safe repair. No one could pick a lock faster or crack a safe quicker than Vern. After retirement his hobbies really focused in on the collector show car autos and motorcycle customization. In the late 80s he customized a trophy winning1942 Chevrolet and then later in the ’90s a chopped 1951 Mercury coupe. Vernon loved to ride motorcycles. From the early age of 14 he began his first love of of engines and two wheels. He was one of the the early pioneers in chopper culture way before American Chopper ever hit the television. During the 1950s he could be found cruising Fort Worth’s Jacksboro Highway on a K-model Harley. In the ’60s you could find him on a ’57 Harley panhead, and in the ’70s you found him on a ’67 Shovelhead. Working a second job while in the Air Force, he was a Harley-Davidson mechanic in Wichita, Kansas at the Truett and Osborne cycle shop. Later on in life he could be found riding Harley softails and trikes. Vernon was a ham radio operator in the ’80s attaining the license of Advanced. Vernon never did work or hobbies halfway. He always did it to the best and highest quality no matter what he attempted in life. If you were his kid he held you to the highest standards. Those that knew him as a friend, couldn’t find a better friend. He loved to teach and share his knowledge on how to do anything mechanical to anyone that wanted to learn.

Vernon was married twice. First to Shirley Burke to whom he had two children Holly and Tracy of Tupper Lake, New York. His second marriage of 54 years was to Carol Bieker which he had two sons Randy and Michael who currently reside in Joshua and Glen Rose Texas. Vernon was preceded in death by his wife Carol and Brother Chris. Surviving family includes sisters Ramona, Maybelle, and Peggy of Colby, Kansas and brother Robert of Hays, Kansas.

He leaves behind a legacy of family including numerous grandchildren and great-grandchildren.

Vernon left this world leaving an impact on so many people in a positive way. His friends were friends for life. Not many people have made the long-lasting relationships he made during the years he was on this Earth. A big void has been left, for all of us that had a pleasure of knowing or being created by him.

Services are planned for Monday February 22nd at Greenwood Memorial Cemetery on Whute Settlement Rd in Fort Worth, Texas at 12:00pm.

Offer Condolence for the family of Vernon Leon Bieker