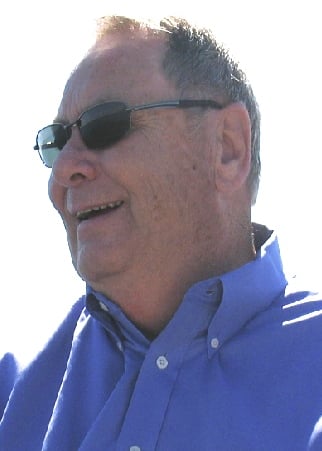 SERVICE:  Graveside service will be held at 2PM on Friday, February 28, 2014 at Greenwood Cemetery in Fort Worth, TX.

Tommy was born in Fort Worth, Texas on September 14, 1944.   After service in the U.S Air Force, he completed his degree at the University of North Texas.  Tommy went on to work for the Texas State Comptroller’s Office, melding his education with his passion for computers by helping a gentleman named Bob Bullock win the Texas Lieutenant Governor’s office for two terms.  After retiring from the state he became a private consultant.

Predeceased by his father Tommy Hasty Sr. and his brother Robert, he is survived by his loving wife of 37 years, Diane; sons, Kirk and Thomas; grandsons, Nikolas and Alexander; mother, Dera Burdine; brothers Danny  and David; and numerous nieces and nephews.

He loved his family, and they him. He was a caring, compassionate and charming man who will be sorely missed by all who knew him. May he rest in peace after a life well-lived.

In lieu of flowers, please make donations in his memory to the American Cancer Society at https://donate.cancer.org.

Offer Condolence for the family of Tommy Eugene Hasty Jr.