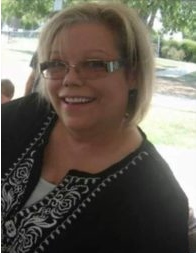 Mansfield – Robin Michelle Cragle Jones, age 59, passed away on September 12, 2018 at approximately 11pm. She was born February 9, 1959. She was predeceased by her brother, Robert Bryan Cragle in September 1985, her nephew Daniel Robert Sharp in June 2004 and her father Robert Ray Cragle in June 2017.

Robin lived a very full life and had a huge loving heart. She will be missed forever. The poem below came from her father’s obituary.

“God saw you getting tired and a cure was not to be
so he put His arms around you and whispered come to Me.
With tearful eyes we watched you and saw you fade away
Although we love you dearly we could not make you stay.
A golden heart stopped beating and hard working hands laid to rest
God broke our hearts to prove to us He only takes the best!”

Offer Condolence for the family of Robin Michelle Cragle Jones