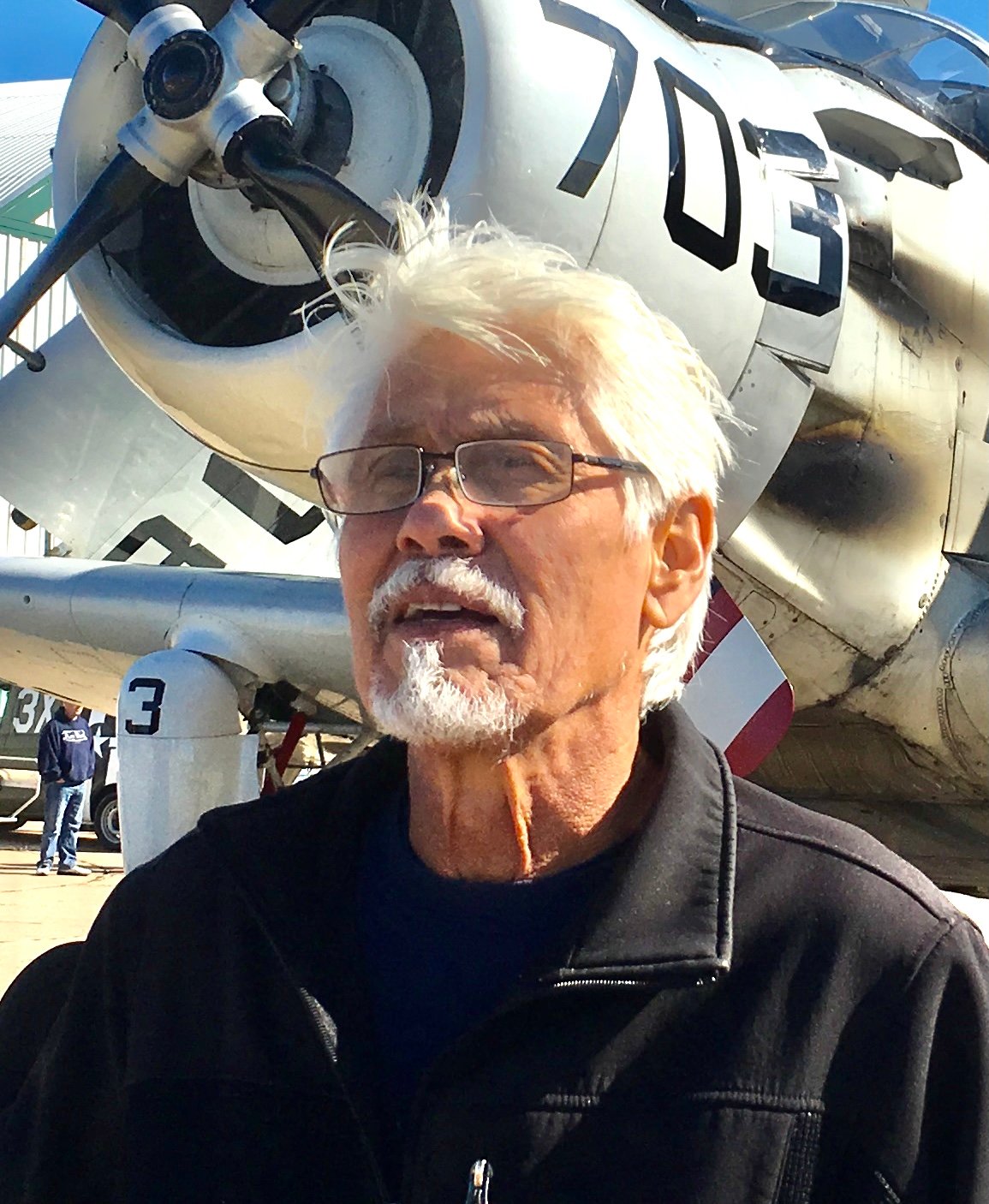 Robert Ruiz was born in Solomonville, Arizona on October 25, 1945 to Guadalupe (Piñon) and Prudencio H. Ruiz. He was the second of eight children that included four boys and four girls. Known to the family as Bobby, his sisters will tell you that he was his mama’s favorite.
Robert grew up in a large, hardworking family. They often harvested crops in the field together as a family. The value of a strong work ethic was not lost on him.
He left home at 16 to attend Bible School, going on to serve as a missionary in Liberia, Africa for a year before returning to the U.S. to serve as a pastor of the Spanish Assemblies of God church in Carlsbad, New Mexico.
He married Margie Gutierrez in 1968 and had two children whom he dedicated his life and energy to provide for.
After relocating to Arizona, Robert decided to try his hand at the jewelry trade. He became a self-taught custom jeweler who worked in the industry for over forty years. His passion for the art and his skillful hand allowed him to make thousands of one-of-a-kind treasures for countless family members, friends, and customers.
Ever the lover of beautiful things, Robert just couldn’t resist any opportunity to interact with beautiful women. And while he was never a football fan, he did love the sight of the Dallas Cowboys Cheerleaders.
Robert had a serious passion for airplanes, especially WWII era planes. His childhood goal was to become a fighter pilot, but his time in Africa when he contracted malaria prevented him from achieving it. However, that did not damper his love for learning everything he could about aircraft and attending any airshow within a hundred mile radius.
Always inquisitive, Robert enjoyed reading and watching anything science fiction or having to do with the subject of God’s existence. He had so many questions when it came to the “goodness” of God. Despite his questions, his charisma when it came to preaching and public speaking allowed him to have a life-long impact on people that surrounded him, leading many to Jesus Christ. Now in the presence of the God who always remained a mystery to him, he can finally get answers from “The Man” himself.
Young beyond his years, Robert had energy to burn and was the hardest working man you’d ever meet. At 75 years old, he deconstructed a building and reclaimed the lumber for future use. Never afraid of a challenge, he often found himself alongside younger generations, showing them up. And he would never miss an opportunity to keep up with the young ones riding roller coasters at the amusement park.
The man was a ham who loved taking silly pictures of himself and singing ridiculous songs. Although most people don’t know that he had a beautiful baritone voice, many people have had the

opportunity to listen to his falsetto rendition of the Star Trek theme song. In the final song to ever come from his lips, he was cracking his little sister up singing about avocados.
Speaking of food, he loved eating all he could, as not an ounce of it would stick to his bones. He loved ice cream and root beer floats. He could chow down with the best of them and loved home cooked meals like liver and onions. He couldn’t even resist treating his dog to cheeseburgers. However, the thing he seemed to enjoy most was the taste of his own toes, as he frequently found himself with his foot in his mouth.
Robert was generous to a fault and looked for any opportunity to help people. He couldn’t even back out of his driveway without finding somebody to offer a ride to. He had many houseguests who had nowhere else to stay and taught his children about helping those in need, especially when it came to animals. Many a lost dog spent time in his home getting lots of love until the owner was located.
With a constant need for company, Robert could have a conversation with any stranger on any corner and end up forming lasting relationships with people from all walks of life. Even his Facebook friends became special people in his life, and they were spread worldwide.
While he loved talking to anyone and everyone who would listen (and even some who wouldn’t), Robert had a peculiar knack for including white lies in almost all conversations he ever had. His sister continues to call him “Mentiroso!” to this day. Many family members who have known him his whole life continue to question some of the details of certain stories he shared with them, as there was typically some truth and untruth in much of what he said. He just liked to see how much he could get away with, like telling people he was French Canadian when they’d ask about his ethnicity. On a side note, the man was obsessed with aliases. One in particular, he used for decades.
While he loved skewing the truth, he couldn’t stand words like “brunch” or expressions like “my bad”. Go figure.
Robert was a strong man who would fight against ever seeing a doctor. So when he was in the middle of having a heart attack on Tuesday, March 2, 2021, he refused to go to the hospital. Nearly eighteen hours later, he finally walked into the emergency room where the nurses could not believe he was having a heart attack and walking so confidently on his own two feet. Following three difficult surgeries, Robert passed away at the age of 75 on Thursday, March 4, 2021 in the presence of his children and favorite brother, Roland, at Baylor Scott & White All Saints Medical Center in Fort Worth, Texas. In honor of his constant generosity and always giving too much of himself, the family donated his eyes and tissues to those in need.
Robert was welcomed into the afterlife by his Mom and Pop, sister Gloria Ruiz, brother Richard Ruiz, nephews Brian Ruiz and Adrian Ruiz, and numerous beloved pets.
He is survived by his ex-wife Margie Ruiz of Carlsbad, New Mexico, whom he continued to refer to as his wife even 35+ years after their divorce; son Robert “Kevin” Ruiz & Elizabeth “Buffy” Pitts, and grandson Quanah Ruiz of La Porte, Texas; daughter Michelle & Scott London, and granddaughter May London of Granbury, Texas; brothers Ronnie & Chong Ruiz of Las Cruces, New Mexico, and Roland Ruiz of Fort Worth, Texas; sisters Esther & Leo Fryckman of Nipomo, California, Erni & Myles McMullen of Stevensville, Montana, and Patsy & Enrique Villaseñor of Santa Maria, California; sister-in-law Marie Ruiz of Tucson, Arizona; sister-in-law Mercy Rivera of Arlington, Texas; countless nieces and nephews; best friends and business partners Salvador Anaya of Carlsbad, New Mexico and Arnie Motta of Santa Maria, California; and of course, his closest canine companion Trooper.
Robert was brilliant and thought-provoking, hardworking and tireless, funny and talented, compassionate and insatiable, courageous and crazy, nosy and mouthy, generous and infuriating beyond imagination. He was a man you simultaneously loved to hate, felt at ease sharing personal information with, and enjoyed the ridiculous antics of. He was a multi-faceted, messy and beautiful soul who will be missed by those who loved him. So whether you called him Robert, Bobby, Uncle, Tio, Gramps, Crazy Grandpa, Dad or Walter, you’re blessed to have known such a one-of-a-kind human being.
Robert has been cremated and didn’t want a formal service. Respecting his wish, the family held a small memorial on August 7, 2021 in Granbury, Texas, preceded by a brunch and followed by an ice cream reception in honor of his favorite treat.
And in honor of my dad, I’ve included a little white lie in this obituary. Wait. Did I just lie and use the word brunch? My bad!

Offer Condolence for the family of Robert Ruiz