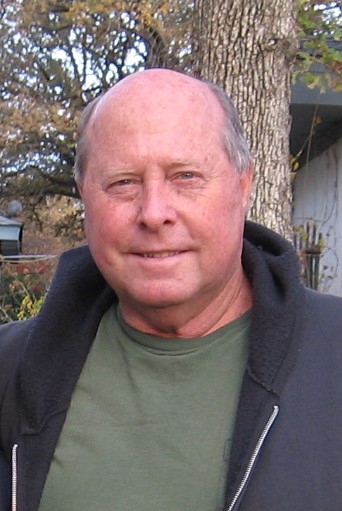 Robert Franklin DeWinne (aka “Bob” or “Bobby”), loving husband, beloved father, and devoted grandfather, passed away at the age of 76 on Sunday, December 5, 2021.

In the last few years of his life, Bob fought multiple illnesses with courage and fortitude. His strength and will to live, allowed his family and friends to be blessed with many years of wonderful memories and family devotion.

Bob was born in Norfolk, Virginia in 1945, however, he spent his childhood years in San Antonio, Texas, where his family moved after the war. When he was a teenager, the family moved to their new ranch in Boerne, Texas. He graduated from Boerne High School as a star athlete and was later elected to the Boerne Sports Hall of Honor.

In college, Bob went on to play football for Texarkana, then Abilene Christian University, where he received his Bachelor of Science degree in Psychology. He continued his studies earning a Master of Arts degree at St. Mary’s University, during which time he served in the United States Air Force. He furthered his education at Columbia University and University of North Texas.

Bob began his career in the mental health field as Director of Psychological Services at Child Study Center in Ft. Worth, Texas. He also had a private practice as a Licensed Professional Counselor. Many devoted clients benefited from his humanistic care and guidance. The majority of his professional career was teaching at Tarrant County College where he retired as Associate Professor.

At 23, while attending college and serving in the U.S. Air Force at Lackland AFB, Bob married Barbara J. Pederson and soon after, Kathy and Shelly followed.

In later years, Bob married Kathleen Cueller Vidal and helped raise her twin sons, Matt and Jake. Anyone who ever knew Bob learned soon that his love of family was the most important aspect of his life.

Bob loved life and had many interests. In his younger years, he excelled as a champion racquetball player, winning many tournaments against the pro players. His favorite activities, however, came in the hours he spent outdoors with friends and family. Countless adventures ensued – the tales of which became more epic with each passing year.

Bob’s love and respect for nature and science was profound which was reflected in every aspect of his life. Bob was happiest in Burleson sharing many years with his wife, family, and friends. His favorite pastime was drinking a beer outside on the swing contemplating the endless mysteries of the universe. He prided himself on being a “minimalist” and described himself as an “enlightened redneck.” The circle of family and friends who gathered at his fireside for his famous barbeque, wonderful stories, and conversation will miss him – but never forget him.

Bob is survived by his loving wife, Kathleen “Kathy” Cuellar DeWinne; his two devoted daughters, Kathryn “Kat or Kathy” Hitt and Michelle “Shelly” DeWinne; his two stepsons, Matt Vidal and Jake Vidal; his grandson, Dylan Hitt; his granddaughter, Reese Vidal; his brother, David DeWinne (Ginger); his two sisters, Nancy Pollok (Jimmy) and Sandra DeWinne; and multiple other family members and many friends. He was preceded in death by his parents, Robert Jules DeWinne and Nan Smith DeWinne; and his sister, Lisa DeWinne.

At Bob’s request, no funeral services will be held. His ashes will be interred at Grange Hall Cemetery in Rio Vista, Texas. The family will host a Celebration of Life in early spring 2022.

Offer Condolence for the family of Robert F. DeWinne