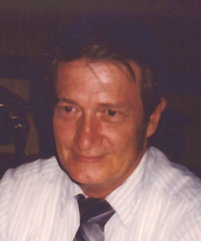 Riley Dean Sells, 66, of Fort Worth, TX passed away Wednesday, November 21,2012 after a lengthy illness. At his request, no service will be held. It was his wish that his family would celebrate his life and remember him when listening to the Statler Brothers, his favorite entertainers.

Riley was born on November 28th, 1945 in Coffeyville, KS. He was the youngest of seven children born to Riley and Maxine (Ellett) Sells.

He retired from the U.S. Navy as a TD first class. Upon retirement he continued that work for the U.S. Navy as a contractor. He trained Airmen and Submariners on a wide variety of simulators. He trained a wide variety of naval personnel in skills ranging from instrument only navigation to emergency preparedness for submariners, performed computer diagnostics and training for staff and other military personnel.

Riley was a pistol and rifle marksman trainer for the pistol team at NAS Corpus Christi. He loved to reload his own rounds and shared his knowledge of firearms with his sons-in-law, children and grandchildren. Although he was not a very successful hunter, he enjoyed hunting trips with his brothers and son. Riley was a voracious reader who loved Zane Gray and Louis L’Amour. He passed this love of reading on to his daughters.

He was preceded in death by his parents, brothers Walter “Buck” Sells, Charles Roy Sells, and infant sister Lena Fay.

Offer Condolence for the family of Riley Dean Sells