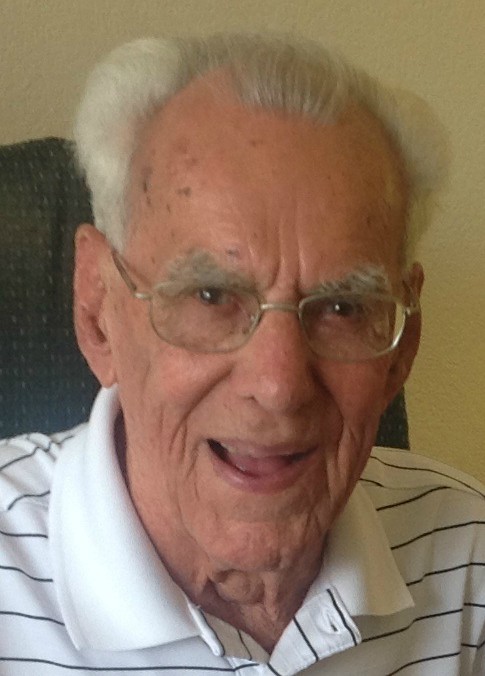 Raymond Armstrong passed away peacefully on Friday, October 21, 2016 at the age of 92 in Arlington, Texas. He was born on February 1, 1924 to Robert and Mary Armstrong in Fort Worth, Texas.
Service: The family will be having a Celebration of Life at a later date. Memorials: Memorials may be made to Encompass Hospice of Fort Worth, which provided much loving care, especially his nurse Tiffany.
Raymond joined the Army Air Corps at the outbreak of WW II, served 2 years of active duty and married his childhood sweetheart, Alvena Blair, in 1944. He worked for many years in the building industry and later retired as Superintendent for Mack Clark Homes. After retiring, he spent most of his time enjoying gardening and spending time with his family. He was known as “PawPaw” to his eight grandchildren.
Raymond is pre deceased by his wife of 66 years, Alvena, with whom he enjoyed a 50th Wedding Anniversary trip to Hawaii in 1994 and a 60th Wedding Anniversary trip to the Napa Valley in 2004. He was a wonderful husband, father, father-in-law and grandfather and an inspiration to everyone he met. He always said “Everything’s going to be alright” and lived his life that way!
Survivors: He is survived by his daughter Connie Cone and husband Bill, and their son Kelly Cone and wife Christie; son Ronald Armstrong; daughter Karen Wayne and husband Larry, and their daughters Jennifer Wayne and Lauren Zebo and husband Dave; son Alan Armstrong and his children Keanan Halla and husband Charles, Cody Armstrong and wife Sally, and Joshua Armstrong; daughter Sheila Herd and husband Greg and their children Brandy Willis and husband Torin, and Brad Herd. Also surviving are eight grandchildren, eight great-grandchildren and one great-great-grandchild.

Offer Condolence for the family of Raymond Chassie Armstrong