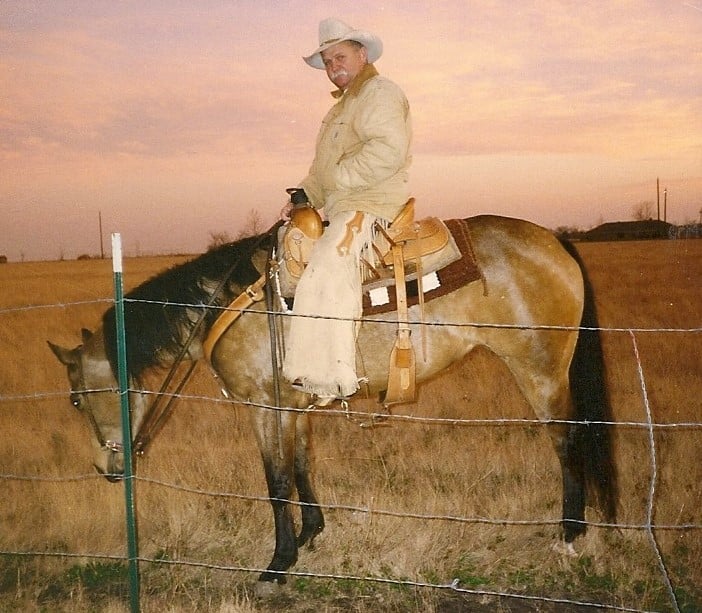 Len spent his early years in Plano on the family farm. He met his childhood friend and future brother-in-law, Jackie Mayfield, which they spent many weekends as well as joined Cub Scouts together. At 10 years of age, he began helping his Uncle Buck (Saigling) on the farm. Although Len was short, he and Buck found a way for him to help drive the farm truck by nailing a few boards to the peddles. Len spent some time in the Plano High School marching band before transferring to San Marcos Military Academy in the fall of 1959. During his freshman year at SMA, the upperclassmen dubbed him “Rusty”; however, by his sophomore year he was back to being called Rush. He was involved in the National Rifle Association (four years), the Latin Club (two years), the NCO Club (1 year), and the Officer’s Club (1 year). He served as Regimental Executive Officer his senior year and attained the rank of Cadet Lt. Colonel, second highest rank at the Academy. During his last days, he spoke fondly of his summers spent hunting and fishing in Alaska and Canada, as well as the Rush Ranch in Edom, Texas with his Grandad Rush and Jim. His love for ranching led him to Uvalde, Texas, where he worked on a friend’s ranch and went to college. This is where he met the love of his life, Garlinda. They married in 1966 before he was drafted into the Army where he served from 1966-1968. Upon his return from the military, they settled in Van, Texas. Len worked at a horse ranch with the assistance of his wife and began their family with the addition of a son, “Tooter”. His love of animals and nature were nurtured during the next few years. In 1970, Rush and his family returned to Plano where his daughter Allison was born. He joined the Plano Fire Department with a few good friends to find a more stable occupation to support his family. He promoted through the ranks up to Training Chief before leaving the Plano Fire Department in 1984. His training days were not over, he joined a few outside fire service companies where he continued to train men and women, as well as assist in securing equipment to fire departments in Texas and surrounding states. His legacy of training fire fighters has led to countless lives saved over the 47 combined years in the service.

Rush re-entered the horse world where he enjoyed spending his free time with his family and friends training and riding horses. He shared his love and expertise while positively influencing the lives of many. During this time, he started competing in the cutting industry where he won two ApHCA World Championships. Rush also enjoyed hunting, fishing, scuba diving and even becoming a pilot. But he got the most joy out of giving everyone a “ration of S***” while sharing his wealth of knowledge about life. His memory will live on through the many lives he has touched.

A celebration of his life will be held at Crystal Oaks Events in Fort Worth on September 25th.

Offer Condolence for the family of Ralph Leonard Rush III