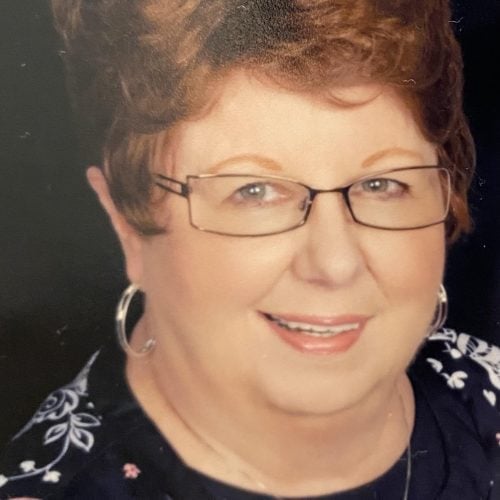 Patricia Sue (Pat) Hewett, passed away on October 23rd, 2021 after a lengthy battle with Parkinson’s and Lewy Body Dementia.

Pat was born on March 24, 1938 to Eva Lee (Jordan) and Ray Riley in Oklahoma City, OK. She was raised in Dallas where she graduated from North Dallas High School. Pat married Clifford Wayne Hewett on May 6th, 1961. They adopted their only child, Robin, in September of 1966 when she was two weeks old. Pat enjoyed sewing, reading, cooking and was a talented artist. She was extremely loyal to her family.

Pat was preceded in death by her parents, Eva and Ray Riley, Sr. and her brothers Ray Riley, Jr. and David Jordan Riley. Pat is survived by her husband of 60 years, Cliff, her daughter Robin Kelm and husband Shawn of Midlothian, TX, her granddaughter Jordan Leedy and husband Jace of Abilene, TX, her grandson Jacob Griffin of Dallas, TX, great granddaughter Jae Lily Leedy as well as many extended family members.

In lieu of flowers donations may be made to First Baptist Church of Richardson. Condolences for the family may be offered at www.lonestarcremation.com.

Offer Condolence for the family of Patricia Hewett