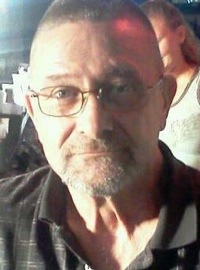 Arlington, TX — Michael Scott Howland, 55, passed away on April 11, 2014 at his home in Arlington, Texas. Michael was an Army veteran and will be buried in the Dallas-Fort Worth National Cemetery. A committal service for Michael will be held at the cemetery on Tuesday, April 22nd at 10:15am. Michael was born on January 5, 1959 in Marlette, Michigan to Robert and Darwina (Wilson) Howland. He graduated from North Branch High School in 1977. He enlisted in the US Army, and served from 1984-1999. During his enlistment, he served honorably in Operation Desert Storm. Following his discharge he served in the Army reserve until 2002. He lived and worked the rest of his life in Arlington, Texas. Michael is survived by his sons, Jason Howland and wife Tenisha and Michael Howland, Jr.; daughter, Nichole Howland; four grandchildren, Tyson, Kaiya, Elena and Harmony; and four brothers, Bob, Dave, Chris and Pat, along with several nephews and nieces. He was preceded in death by his parents, Robert and Darwina.

Offer Condolence for the family of Michael Scott Howland