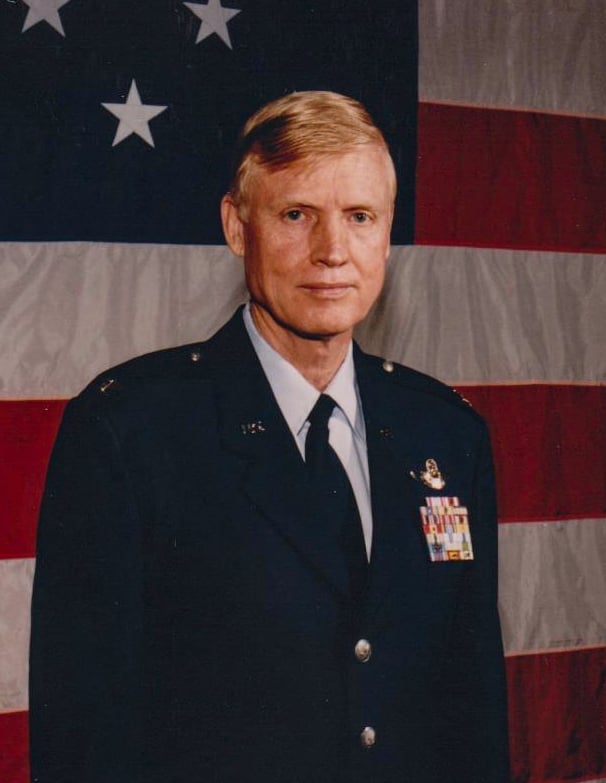 He was a graduate of Texas Christian University where he received his commission into the U.S. Air Force. He retired from service as a Colonel after serving his country for 31 years. He and his family were stationed in Texas, Oklahoma, Alaska, Beale AFB  California, and Langley AFB Virginia. He is a command pilot with 863 combat flying hours in the KC-135 and the RC135 in support of the war in Southeast Asia.

He is preceeded in death by his parents James and Pauline Rayburne.

A viewing will be at Mayfield-Kaiser Funeral Home 6—8 pm on Thursday and funeral services will be held at University Baptist Church on Friday at 10:00 a.m.

Interment will be at DFW National Cemetery, 12:30 pm in Grand Prairie.

Once you have tasted flight, you will forever walk the earth with your eyes turned skyward, for there you have been and there you will always long to return.”

Offer Condolence for the family of Michael Hanks Rayburne