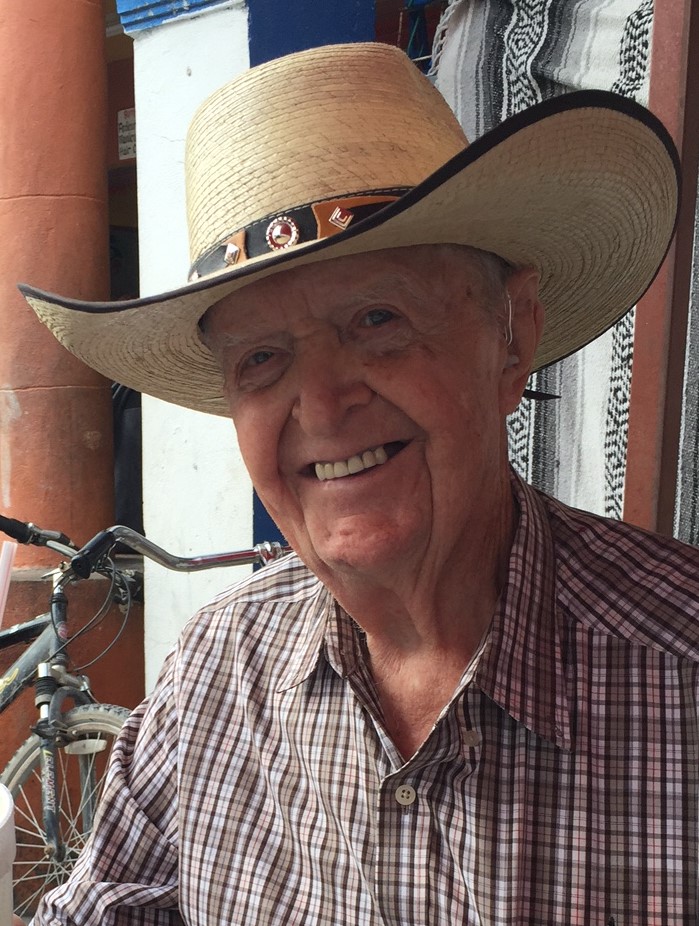 Argyle, Texas- Merlin Lavern Trehus passed peacefully December 16, 2020 in Flower Mound, Texas. He was born January 25, 1925 on the Trehus farm near Spring Grove, Minnesota.
He was preceded in death by his wife Linda, in 2012 and his son Carl in 2010. Merlin is survived by his children Paul Trehus and wife Cathy, Ellen Trehus Malone and husband Wayne, and Wendy Trehus, grandchildren Madison Trehus Willers, Geneva Trehus, Savannah Trehus, Max Trehus, Emma Malone, Sarah Sanders, Courtney Sanders and Amy Sanders. He is also survived by his great-grandchildren, Evelien Willers and Lucas Willers and his beloved and faithful dog, Sandy.
After his birth in Minnesota, his parents Henry and Myrtle gave up their small farm and moved to the city of Lacrosse, Wisconsin where Merlin and his two sisters, Charlotte and Helen grew up. He developed his love of fishing along the Mississippi River and spent many summers working on his Grandfather’s farm in Minnesota.
In 1943 he graduated high school while World War II was raging and joined the US Army. He was shipped to Europe, where he saw combat as a Sergeant with the 8th Armored Division, Company B, 7th Armored Infantry Battalion. Merlin received the Combat Infantry Badge and a Bronze Star. After being honorably discharged in 1946, he attended Luther College in Decorah, Iowa, where he met Linda, the love of his life. They married in 1951 and made their first home in Lacrosse. They then moved to southern California and Merlin took a job with Bekins Moving and Storage. Merlin’s career with Bekins lasted 38 years, taking the family from California to Oklahoma, then to Illinois, and finally to Texas where they retired.
After retirement, he and Linda’s adventures continued, travelling the country in their RV. In later years, their favorite spot was the Gulf Coast near Rockport, Texas where they spent nearly every winter until Linda was too ill to go. After her death, Merlin resumed his winter trips to the coast where he made many friends over the years. His last trip to the coast was in February of 2020.
Merlin was a wonderful husband, dad, grampa, great grampa, and a friend to many. He will be greatly missed. A memorial service will be scheduled sometime in the spring of 2021. In lieu of flowers, the family asks that donations be made to your local animal shelter, where Merlin never found a better friend.

Offer Condolence for the family of Merlin Lavern Trehus