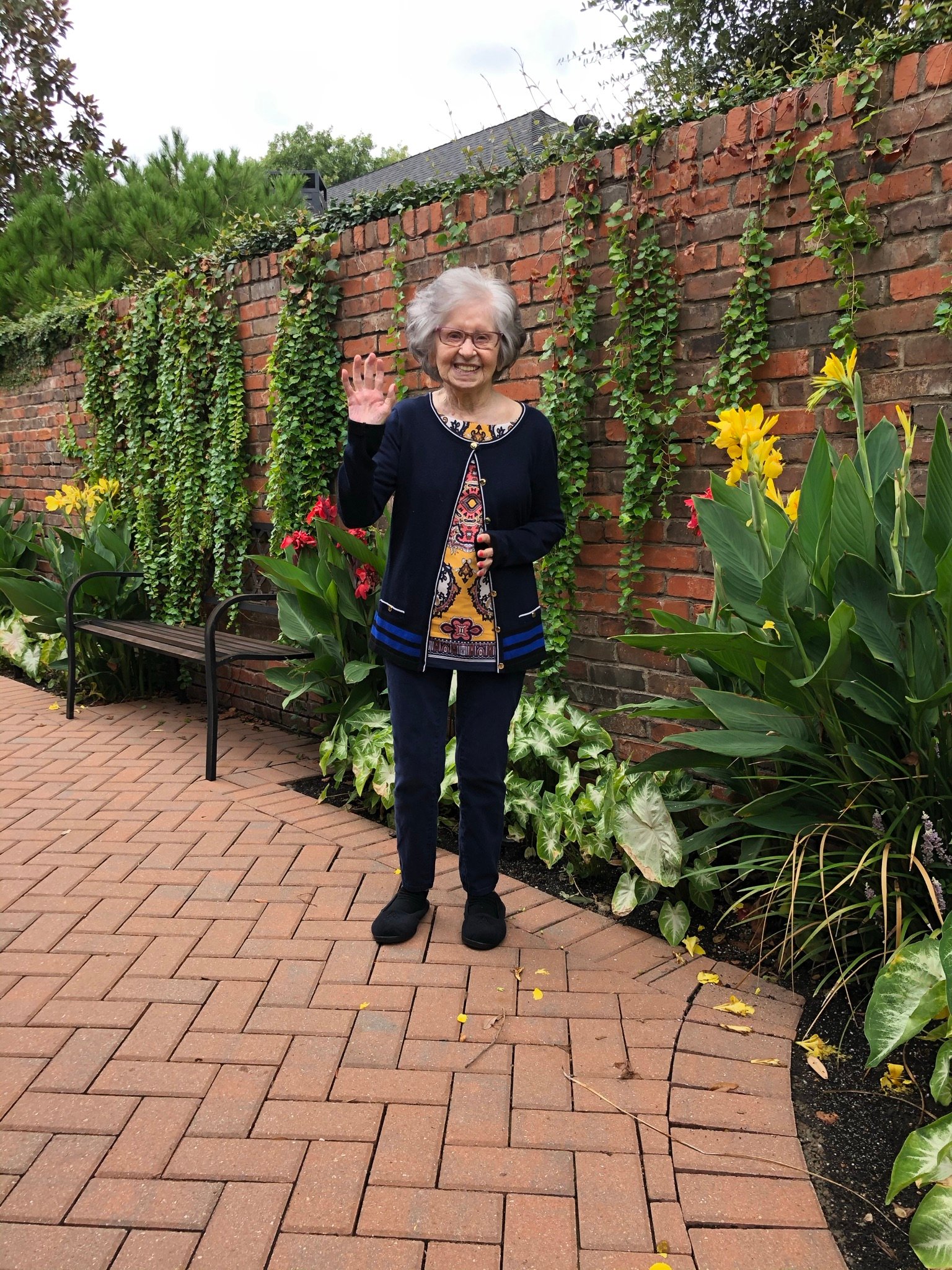 Born Marion ‘Gay’ Thornton on September 4, 1922, in Minot, North Dakota, to Ralph and Laura Thornton, She was one of five children in the family. Her father was a railroad worker and the family moved several times in her youth, including Denton, Texas and Denver, Colorado. Her father was then appointed as the stationmaster in Telluride, Colorado, in 1936, and she didn’t move again until 2004. She and her husband, George Cappis, then moved to Montrose, Colorado for health reasons. And in 2016 she made her final move, to Dallas, Texas, to be closer to family.

After her graduation from high school in 1940, Gay married her high school sweetheart, George Cappis. The well-known couple were married for 65 years before George passed away quietly in 2006. She was a passionate wife, mother, grandmother, and great-grandmother who always spoke of family being the most important thing in her life.

Gay worked in the San Miguel County office beginning as a typist for County Clerk Shelly Clark. Gay was later appointed Deputy County Clerk by Mollie Rae Carver in 1964. She was then appointed County Clerk in 1970 and ran successfully for that position until her retirement in 2002. She was recognized by Colorado representative Scott McInnis in the US House of Representatives for her 50 years of service.

One of her most powerful skills was her ability to adapt. She successfully transitioned with Telluride from mining town to a biker town to a ski town to an international destination. She was able to seamlessly relate to the many different people that came with those changes. In addition, her life spanned the 1929 Stock Market Crash, the New Deal, World War II, the Cold War, commercial air flight, technology revolution, social evolution, and more. She even led the implementation of a new computer system for the County Clerk’s office. A massive change from the paper and desktop adding machines she started with.

She and her husband were town favorites. It was not unusual for people to stop by and visit over a cup of coffee because they could. She said you could always tell the difference between people she knew and those she didn’t. The back door was the front door to their friends. Anyone who came to the real front door was “likely a salesperson.”
Her passion for collecting items was infectious. Known for her extraordinary Hummel collection, one of her favorite memories was a visit to the Hummel offices in Europe during a trip to visit family there. But it wasn’t limited to Hummels. She was a regular at all of the antique shops in the area and always carried a list of items she still “needed” for her collections, including antique oil lamps and Blue Delft porcelain.

And her personality is something that each family member remembers with fondness. She loved nightly games of progressive rummy while sipping from a glass of wine (with exactly one ice cube in it). She loved washing dishes. The family still refers to it as being “Grannied” if someone has their cup or plate picked up for cleaning before they are actually done with it. A passion for root beer. Nightly ice cream. Week-long birthday celebrations. Opening one Christmas package up each day for several days before the 25th…but being sure that there was still plenty to open on Christmas day.

She was also very positive and always told those around her, “it was a nice day,” before she went to bed each night. Even at 98 she was healthy and was regularly found playing on the floor with the dog. She was a very strong lady and her personality was of equal strength.

A memorial service to celebrate Gay’s life will be held in Telluride, Colorado in late Spring or early Summer of 2022. Details will be announced.
Memorial contributions may be made to: Hospice & Palliative Care of Western Colorado, In Memory of Gay Cappis, 725 S 4th St, Montrose, CO 81401.

Offer Condolence for the family of Marion Gay Cappis