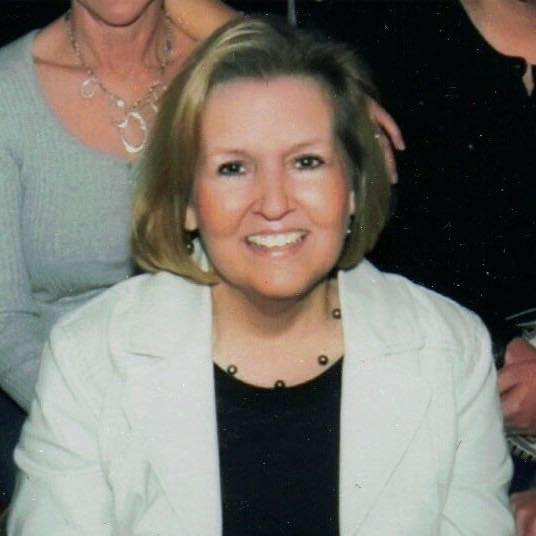 Marcia Karen Walters, 67, went home to be with Jesus on April 3, 2021. In her final days, she was surrounded by her family and dearest lifelong friends.

Born May 2, 1953, to Frank and Mary Walther, Marcia led a full life as a wife, a mother and a Mimi. Marcia graduated from O.D. Wyatt in 1971 where she was Homecoming Queen her senior year. She attended North Texas University where she was a Zeta – “Once a Zeta, always a Zeta!” She would later take that kind, caring heart of hers and share that with others as she became a pediatric nurse serving in that capacity for 40 years.

Being a mom and Mimi was one of Marcia’s greatest joys. She loved getting to watch and cheer for Brett and Marianne, and then later getting to watch and cheer for her four grandchildren in all of their endeavors. Always willing to show her support in any way possible, she was mom and grandmother to all that met her – that is how loved she made everyone around her feel. She was everyone’s #1 fan! She loved football and was an avid fan of the Aledo Bearcats, the TCU Horned Frogs, the Dripping Springs Tigers, and of course her Alma Mater, O.D. Wyatt Chaparrals. Go Chaps!!

Along with Marcia’s family, friends have always been an important part of Marcia’s life. She was a dear friend to all and she greatly enjoyed getting together with her high school friends and her robust Keno group each month. She had many hobbies, but some of her happiest times were when she was in her sewing room making beautiful monogrammed clothes seen all around Aledo (and the rest of Texas). If you have seen an Aledo cheering uniform, you have seen Marcia’s work!

Marcia deeply valued the love she received from her Aledo community. The epitome of strength, Marcia battled through a long road to recovery following a double lung transplant ten years ago. She was courageous in her fight and treasured all who rallied to support her. She was named the Aledo Thanksgiving Trot’s first Blessing Recipient in 2011, sharing afterwards that “the Aledo community I call home has been one of my biggest support groups. I thank God every day to be blessed by such a wonderful community.”

Marcia lived a full and warm life, filled with joy. While her legacy will live on through so many who fondly remember her, she will be deeply missed.
Marcia is survived by her husband of 46 years, Ronnie Walters; son, Brett Walters and wife Tracey of Aledo and daughter, Marianne Gibson and husband Travis of Dripping Springs; grandchildren, Blake and Ellie Walters, Ty and Cole Gibson; sister, Kathy Goode and brother, Keith Walther.
Marcia was preceded in death by her parents Frank and Mary Walther, her brother Mike Walther, and her in-laws G.C. and Louise Walters (Mama Eze).

A service at Bearcat Stadium on 1000 Bailey Ranch Road will be held on April 10, 2021, at 3 PM. One way to show your love for Marcia and her family is to become an organ donor through the “Donate Life” organization.

Offer Condolence for the family of Marcia Karen Walters