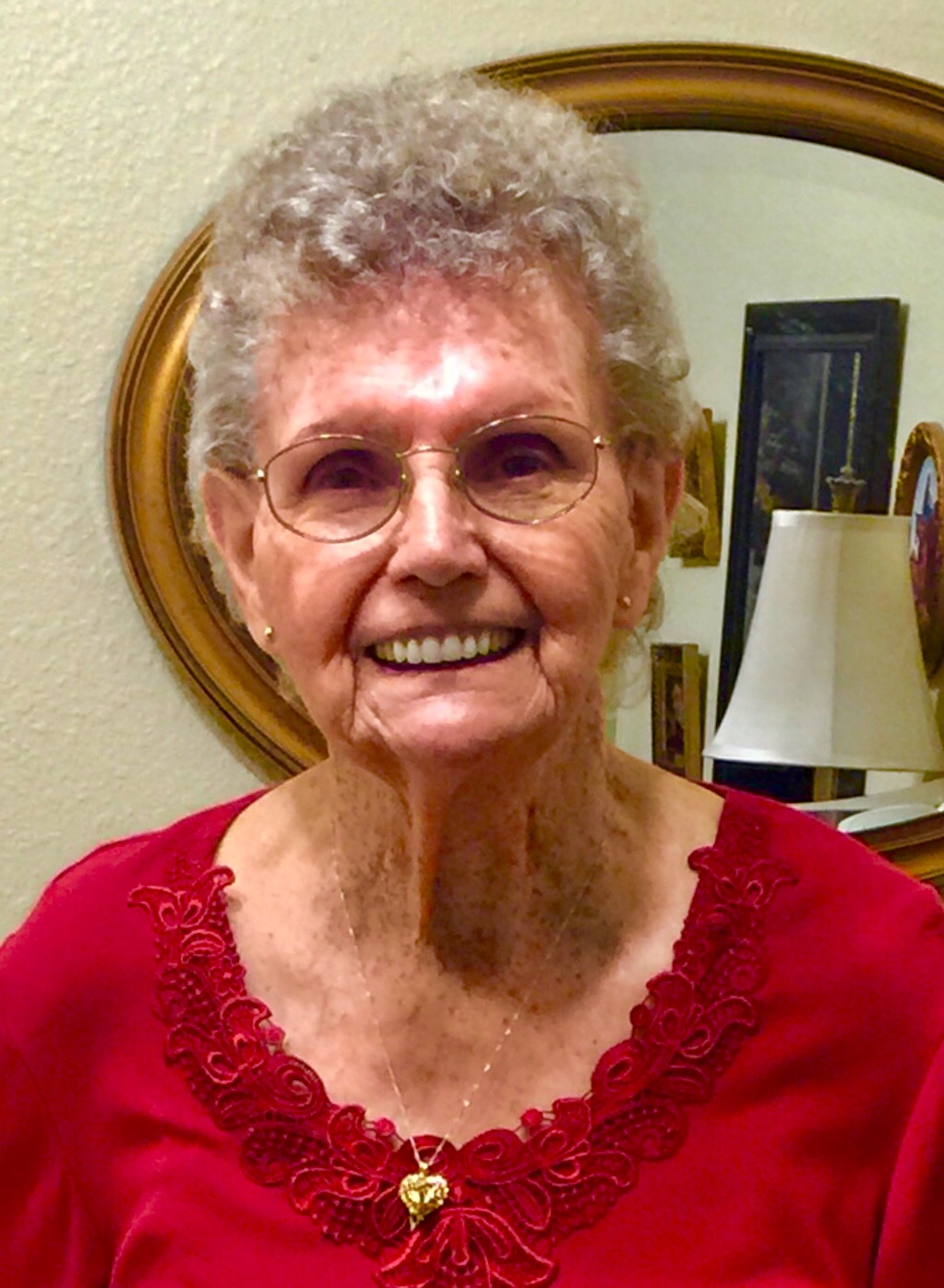 Mable “Louise” (Anderson) Walters, 92 of Lewisville, TX went to heaven on Friday, April 9, 2021. A resident of Brookdale Assisted Living, she had been in hospice care for over 6 months prior to her death due to heart related issues. Louise died peacefully at home.
She is survived by her children, Charles Stidham of SC, Geraldine Buisseret of WI, Marla (Dennis) Gagnon of TX, Larry (Barbara) Thompson of IN and Louis Walters Jr. of CA. Stepsons, Mickey (Sharon) Thompson of KY, Donnie Thompson of FL and Ralph (Kathy) Thompson of TN. Grandchildren Melissa (Robert) Woods of WI, Casey (Jennifer) Gagnon of IN, Christina Hunt of TN, Rhonda Provin of NM, Crystal Gagnon of IN, Thomas Lewis of NC, Dana Lewis of NC, Samantha Walters of CA and Damien Walters of CA. Siblings Eulis “Coonie” (Krystal) Anderson of TN, Shirley Singleton of SC, Mary Bentley of TN, Nancy McCoy of TN, Jimmy (Geri) Anderson of TN, Daniel (Allenda) Anderson of IN and Enoch (Anna) Anderson of FL. Many great grand children, great great grandchildren, nieces, nephews, cousins and friends. And her very special friend, Alvin Armstrong of OK.
She is preceded in death by parents Theodore and Elise (Meeks) Anderson, Ex-Spouses James “Harvil” Thompson and Louis William “Wally” Walters Sr, brothers Frank Anderson and Jan Anderson, daughters Jacqueline (Thompson) Provin and Ruby (Walters) Lewis.
She was the oldest of 10 children born in Haymond, Kentucky on February 9, 1929 to the late Theodore “Ted” Anderson and Anna Elise (Meeks) Anderson.
Louise left Haymond, KY and set out for Detroit MI in the early 1950’s where she resided until the late 1950’s. She then blazed a trail to Chicago, IL and lived there until 1974 when she moved to El Segundo, CA. She planted her roots in CA and found pleasure in the regular walks to the beach with her children and sister Nancy. She didn’t know how to swim, but loved being on the beach and watching over her children as they played in the ocean. She also enjoyed watching the planes at night as they would take off and land at Los Angeles International Airport. Her greatest joy was in that of children, and any time spent with her grandchildren was always the most special part of her day. There is no doubt that had her great grandchildren lived closer, she would have doted on them as well.
She often volunteered at her church and would help feed the homeless on a regular basis. Before her eyesight failed, she was often seen reading her Bible and watching the Trinity Broadcast Network on the television. She enjoyed working jigsaw puzzles and there was always a friendly competition to see who would put the last piece in place! She also loved to clean and worked as a housekeeper for private homeowners and cleaned several churches. She would often clean your house if she stopped by for a visit, even if you had just done so. Not because it was dirty, she just loved to keep busy and clean. There was no stopping her, so family and friends just learned to let her do her thing. Louise never learned how to drive, so it was a good thing she was in sunny CA where there was an abundance of public transportation.
She lived in CA from 1974 until 2010 when she relocated to Texas to be near her daughter Marla and son in law Dennis due to health issues. Even then, she pushed herself to get out of bed every day and remained steadfast in her daily routine. She prided herself in making her bed daily, keeping her apartment clean and in personal grooming. She enjoyed talking with friends and relatives on the phone and the conversations with her sisters could always make her laugh. She will be remembered for her generosity, even when she didn’t have much to give, her loving ways and that great big beautiful smile!
There will be a Celebration of Life – Memorial Service at McCarty – Evergreen Funeral Home, 7426 Asheville Highway, Knoxville, TN. 37924 on Saturday, June 12, 2021 at 1:00pm.
In lieu of flowers, please donate to your favorite charity, perform a good deed, or just remember to tell those you care about how much they are loved.
Special thanks to Brookdale Assisted Living in Lewisville Texas for being part of our family and taking such great care of Louise when Covid restrictions kept us from doing so. Also, Brookdale Hospice for providing a pain free and dignified ending during her last days.

Offer Condolence for the family of Mable “Louise” (Anderson) Walters