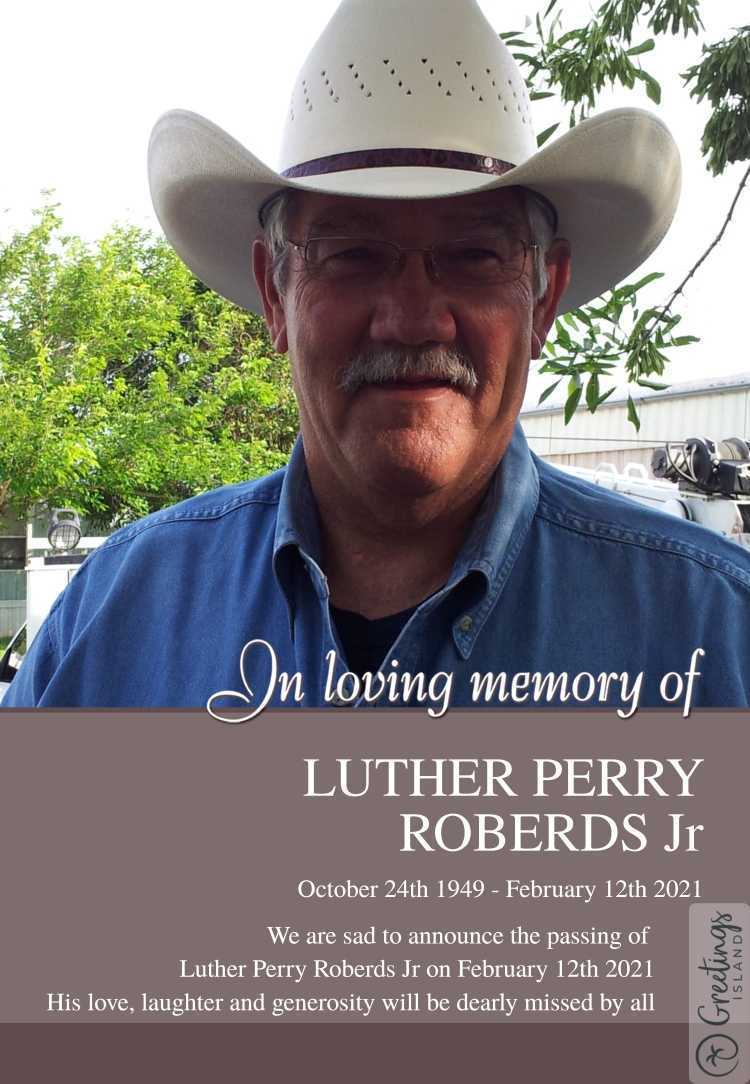 He was born on October 24, 1949 in Livingston, Texas. He attended High School in Houston, Texas, before joining the Army for 4 years. After leaving the Army, he enlisted in the Air Force with tours of duty mostly in Germany.
He returned to Houston working for a railroad contractor. He was also an EMT and the Chief of the Volunteer Fire Department in Livingston, Tx area. Working the last 20 years , until the day he passed away, in the Dallas area as a Field Technician for ETI, Equipment Technology Inc. with the parent company in Oklahoma City. He did inspections, and worked on the hydraulics for bucket trucks, such as those used by Standard Utilities, ATT, and Oncore, as well as many others. Luther worked for ETI, but over the years, he did so much work for Standard Utilities, he became a special part of their family. He was respected for his dedication to his work. He was tough in his inspections and never slacked off or cut corners. His work ethics were beyond reproach, and companies, like Standard Utilities, preferred only Luther to work on their trucks. He was loved by most, feared by some, and his bond with the guys of Standard Utilities was unbreakable.

Luther was dedicated and loved his work, his family and friends. He had much more than a work relationship with Standard Utilities, they were his friends and treated Luther like family. They have grieved right along with his wife, Kristen, his little dog, and Luther’s family.
Luther and his wife had many fun and profitable trips to the casinos along with beautiful trips to visit the grandchildren. He will be deeply and unimaginable missed.

In life, Luther had two mottos, “I Got This,” or “Not My Problem.”
He was one of the good guys. A wonderful husband, a trusted and true friend.

A Memorial Celebration will be planned for a later date in San Antonio at Guadalupe State Park.

Offer Condolence for the family of Luther Perry Roberds Jr.