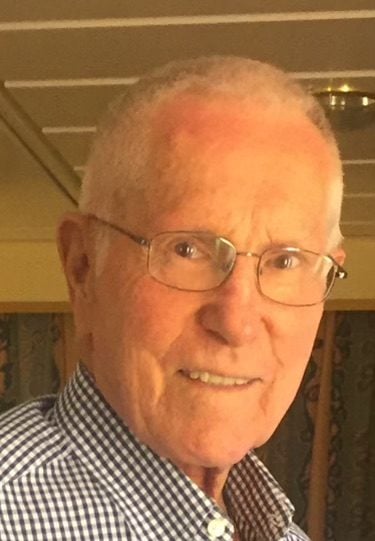 Doug was born in Water Valley, TX outside of San Angelo. He lived there until finishing high school. Doug had advanced abilities in gymnastics and became the first male cheerleader in the San Angelo school system. He enlisted in the US Army on June 26, 1954. After 3 years of enlisted service, he won his wings in October 1957 and headed to his first assignment. Less than a year later he was assigned to a 33 month tour before being returned to the States. Before going to Vietnam  he served on the Aviation Test Board in Fort Rucker, Alabama for 2 years.

Doug completed two tours of combat duty, plus services in Europe and Alaska. He accepted a six week duty to qualify as a fixed wing pilot. In November 1962 he was called to combat in Vietnam and earned 5 Air Medals during a 10 month tour. He returned from a 19 month tour in Alaska. He then returned for a 2nd combat tour in Vietnam. In those years he won an Army Commendation Medal and 22 more air medals. Because of Doug’s exemplary skills in marksmanship, he was asked many times to become a sniper for the US Army. Although he heavily thought about it, he ultimately turned down the position. Knowing what would be required of him, he could not see himself having to possibly kill women and children.

In 1966, while serving in Alaska, he was a CW3. During his Test Board service, in February 1970, he received a promotion to Senior Warrant Officer W4. Doug was assigned to the 4th Army early in 1971. Doug’s hallmark and excellent performance were key to his aviator duties on 4th and 5th Armies and the steadfast reorganization. The commanding Lt. General paid his final tribute to a truly fine officer who had made for himself an outstanding record. Doug retired from military service in May of 1974. After retiring, Doug flew for Life Flight rescue helicopters out of Houston, beside patients, he also flew transplant organs out of Hermann Hospital.

Doug maintained his love for photography and photographed for many fashion shows and weddings. He continued to value his Scotch heritage and became very active in the “Keith Clan”. He participated in the “Highland games” for a number of years.

Doug and Donna met in 2006 and married in 2007. Doug then relocated his home from the suburbs of Houston to Fort Worth. His blended family now included two daughters (Deanna and Dana) and three grandchildren (Sydnee, Karlee and Jye). He now has a great grandson (Malakai). Doug’s extended and church family became his whole life.

Over the years he had numerous hobbies. He enjoyed woodworking and made many gifts. He also loved making his home and yard beautiful with plants and flowers. He enjoyed having his “little helper” learn how to plant and make his surroundings
beautiful.

He was predeceased by his parents Robert Lloyd and Gladys Smith Fertch, his brother R.L. Keith of Stephenville; Edith Hopes of Garden Grove, California; LaVoyce Brown of Midlothian; and his daughters Susan and Cathy Keith.

He is survived by his wife Donna Keith, her children, grandchildren, and great-grandson; his brother Andrew Keith of Yoakum, TX; niece Helen Petty; many other nieces, nephews, friends, and his poodles Max and Frostee.

Offer Condolence for the family of Lloyd Douglas “Doug” Keith