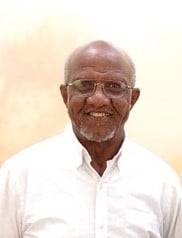 Leonard Joseph Newman Jr. was born on October 30, 1942 in New Orleans, LA and was the only child of Leonard J. Newman and Dorothy Rose Milanes Newman. He was reared in the Catholic faith and served as an altar boy.

Leonard received his educational foundation in both the Catholic and Public-School Systems in New Orleans to include St. Augustine High School.
At an early age, he joined the U.S. Army and was most proud of his service as an 82nd Airborne Ranger. Upon his return to civilian life, he initially became a master welder and was employed by various shipyards in New Orleans, LA. He later completed his education at Delgado College in New Orleans, LA in Computer Technology. He continued his career with Honeywell Information Systems in Boston, MA, Computerlog, Inc. in Fort Worth, TX, Mentor Inc. in Irving, TX, and the DFW Airport Board in Dallas/Ft. Worth, TX.

During these years, he enjoyed hunting, fishing, competitive horseback trail riding and breeding horses with his children and grandchildren. After retirement, he enjoyed swimming, walking, listening to music and continuing his cross-country road trips. He also enjoyed hosting crawfish and crab boils with family and friends.

Leonard was preceded in death by his parents, Mr. and Mrs. Leonard J Newman and his son, Michael Breaud.

⦁ COVID 19 guidelines require masks to be worn on the premises for unvaccinated individuals.

In lieu of flowers, the family requests donations in his memory to support the mission of the Pancreatic Cancer Action Network at pancan.org.

Instructions for making donations online can be found on the website below.
https://secure.pancan.org/site/Donation2?df_id=2681&mfc_pref=T&2681.donation=form1

Offer Condolence for the family of Leonard J Newman Jr.