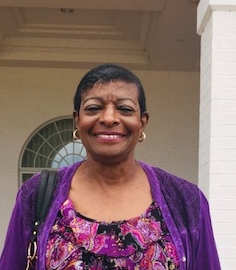 A memorial service for Ms. Starks will be held on Saturday, January 22nd 2022 at 11am at Faith Christian Center
6900 U.S. HWY 287, Arlington, TX
Lelani Starks is survived by her children Lamont Lewis and Cequia Lewis; her grandchildren Chloe and Rachel Lewis; and her dog Joshua Lewis. She was predeceased by her parents Tyrone and Evelyn Starks; her grandmother Molly Mary Stanley; and her brother Leone Starks. She will be dearly missed and treasured by all her relatives, co-workers and friends.
Lelani Starks pursued and obtained an Associates of Applied Science in Nursing in 1971 while raising two children under the age of four. Seven years later, she graduated with a Bachelor’s of Science in Nursing in 1978 from Metropolitan State College in Colorado.
A majority of her adolescent and adult years were spent in Denver, Colorado where she completed her education. Some years after receiving her education Lelani moved back to Dallas, Texas in 1979.
Ms. Starks created a strong career for herself in nursing. Initially, she was employed at El Centro College as the Administrator of Health Services and went onto many other administrative roles in nursing. Throughout the years she transitioned her nursing career into Agency work and worked in various healthcare settings such as Home Health, Oncology, Bariatrics, ER, and Med Surg. She most recently was a dutiful Rehab nurse at Baylor Rehabilitation Center in Fort Worth.
Her greatest pleasures in life were spending time in the Word, attending church and most of all giving to those in need.
Her life and legacy live on through her quiet example of faithfulness to the Lord and her family.

Offer Condolence for the family of Lelani Starks