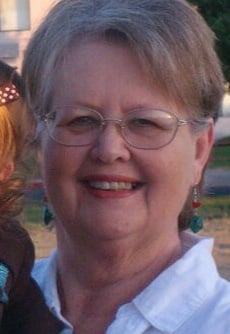 Sue graduated from Midland High School in Midland, Tx. and worked for the Portland, Tx. school system where she retired. Sue was a loving and caring Mother, Grandmother and great-grand-mother. She was preceded in death by both of her parents, Georiga Lerene Osborne and Louis Laffette Osborne. She is survived by her daughter, Jennifer Hudson and son, Doug Farmer and his wife, Kay and one brother, Jim Osborne and his wife, Pat. Sue had seven grand-children, Kalie Jo Hudson, Drew, Luka, Pierce, Aidan and Kolbe Farmer, Marisa McKinney and husband, Matt and their two daughters.

A private family service will be held at a later date. Sue’s wishes were that her remains be scattered on a hillside in Arkansas.

Offer Condolence for the family of Laura Sue Farmer (Osborne)