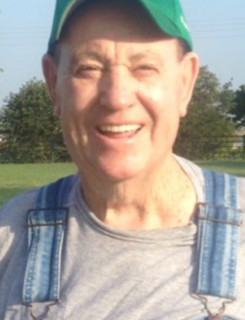 Lary Dean Archer passed away peacefully Thursday, February 16, 2017, after a long battle of illnesses with family by his side. Born in Bowie, Texas, September 4, 1945. He was raised in Texas and Oklahoma calling Jacksboro, Texas, his home until 8 years ago when they moved to Stephenville.

After a long career in the oil and gas industry, Lary retired to pursue his love of finding and restoring International Scouts with his beloved dog by his side. He also enjoyed fishing, golfing and cheering on the Texas Rangers. He will be fondly remembered for his kind heart by all who knew him.

An Outdoor Celebration of Life will be held at 1188 County Road, Stephenville, on Saturday, February 25, 2017 at 2:00pm for all those that would like to attend.

In lieu of flowers the family requests that memorials be made to either the Texas Springer Spaniel Rescue (www.englishspringerspaniel.rescue.org) or the English Springer Rescue of America (www.springerrescue.org).

Offer Condolence for the family of Lary Dean Archer