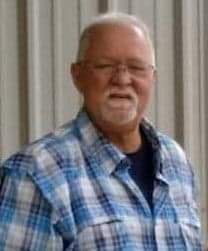 Lawrence Steven (Larry) Spihlmann, 63, passed away April 30, 2020 at his home in Mansfield, TX with his family by his side after a long battle with Lymphoma.
Larry was born in Breese, IL. On January 4, 1957 to Ralph and Elizabeth (Kues) Spihlmann.
He was a 1975 graduate of Gibault Catholic High School in Waterloo, IL. At age 19 he began his career with Union-Pacific Railroad holding several different positions with the company until his health forced him to retire in December 2018.
On May 16, 1980 Larry married Susan (McGee) and together they raised 2 sons, Brian and Cody.
Larry was an avid hunter and gun collector and enjoyed the outdoors but was happiest just spending time with his family and friends.
Besides his wife and sons, Larry is survived by his grandchildren Ryker, Lyncoln and Izabel Spihlmann, sisters Darlene Spihlmann, Barb (Mark) Andrus, brother Mike (Stacy) Spihlmann, mother-in-law Retha McGee, and many other relatives and friends.
Along with his parents he was preceded in death by his father-in-law, Bob McGee and a niece in infancy.
Family and friends whose lives Larry touched are invited to attend a celebration of life service to be held at a later date.
In lieu of traditional memorials, donations may be made to the Leukemia & Lymphoma Society or to the Humane Society of North Texas.

Offer Condolence for the family of Larry Spihlmann