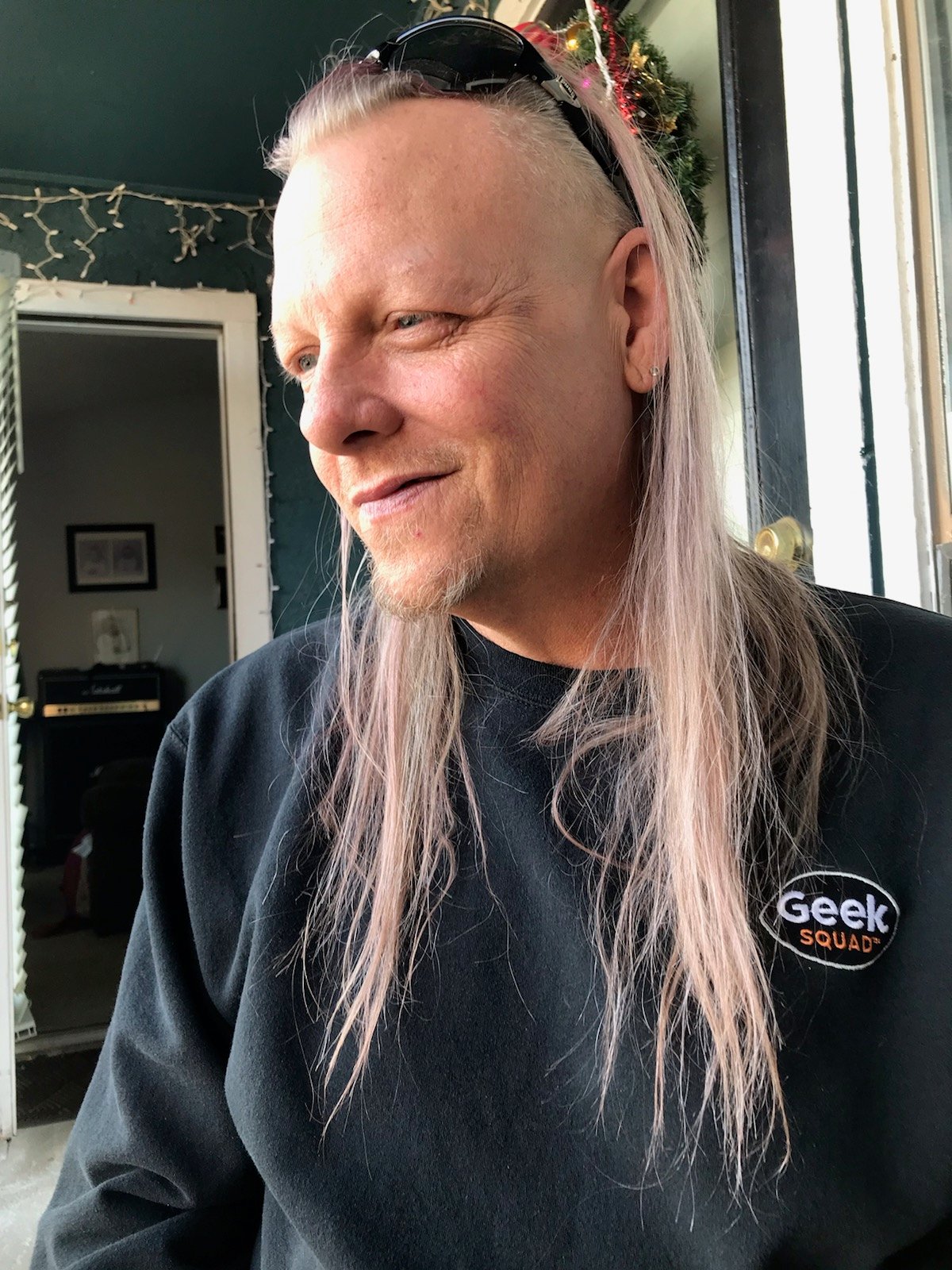 It is with profound sadness that the family of Kenneth Wayne Yates, of Euless, TX, announces his peaceful passing on Tuesday, February 9th, 2021 at 6:39pm. He was 51 years old and was surrounded by his loved ones.

Kenny will be lovingly remembered by his wife of 20 years, Beverly Yates, his two sons, Ayden and Nikolas Yates, his mother Barbara and step father Kelsey Richardson, his brother Jeff Yates and Yolanda Armas and family, many cousins, nieces, nephews, aunts and uncles and his loving Gigi.

Kenny attended Everman High School where he formed his first band, and where he found his love of music. He would eventually go on to start a band with his brother Jeff. During this time he would also find his love for Jesus which would ultimately be all he would sing about. Kenny and Jeff wrote many of these songs together and performed them on many stages. Kenny was a true Rockstar at heart. Kenny’s music and lyrics would touch the lives of many and help to bring so many people to Christ—something he was most proud of. The name of the band was Vision Red.

In 2001 Kenny met Beverly and it was love at first sight. They had many adventures but their greatest turned out to be their two children. Family was very important to him and he loved being a dad to both of his children. Kenny also loved being a part of the Geek Squad family at Best Buy.

Kenny will have a Celebration of life ceremony, which at this time is currently pending.

It brings the family great joy to know that Kenny is in the presence of our Lord and Savior for he had given his heart to Christ and we look forward to meeting him again in Heaven. May you Rest in Peace. We love You.

The family wishes to send a special Thank you to the staff at the Community Healthcare of Texas and to his Loving Gigi.

Offer Condolence for the family of Kenneth Wayne Yates