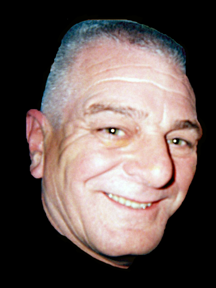 Kenneth James Armstrong passed away on October 18, 2016 in Fort Worth, TX after a lengthy battle with cancer. He was born on March 30, 1952 in Abington, PA.

Ken enlisted in the Air Force on December 7, 1970 and was a proud veteran. He joined the US Postal Service in Philadelphia as carpenter in 1987 working there until transferring in 2009 to Coppell, TX. After retiring from the military in 2012 and the USPS in 2013, his passions for both the military and motorcycles led him to become an avid Patriot Guard Rider in the North Texas region until his health no longer permitted. Also in recent years, Ken became an ardent researcher of all things related to good health and nutrition, especially holistic alternatives aimed at maintaining health and restoring health in the wake of disease. He wanted to share his newfound information and lifestyle with nearly everyone he encountered, encouraging them to view the documentaries Forks Over Knives, Bought and Run From the Cure as a starting point. He will be lovingly remembered as a gentleman, for his always helpful, kind and generous spirit, and his love of hunting, kayaking and motorcycling.

Offer Condolence for the family of Kenneth J Armstrong