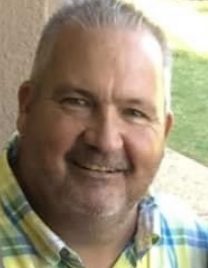 Jason Paul Miller, 53, of Venus, Texas, passed away unexpectedly on February 7th, 2022. He was born on December 18th, 1968, in El Paso, Texas. Preceded in death by his father Robert and his mother Evelyn.

From a very early age, Jason always had a love for sports. Growing up he played many sports including football, baseball, and ran track. His love for sports only continued to grow as he became an adult. Jason spent many weekends coaching baseball, attending tournaments, and playing in leagues with his friends and colleagues.

Shortly after high school, Jason enlisted in the U.S. Navy. After his service in the Navy, he met his wife, Shelley. After a few moves and two children later, Jason and Shelley built their family home. This home holds many lasting memories of Jason.

Aside from the love Jason had for his family, his friends, and sports… especially the Dallas Cowboys, he loved welding just as much. From the many projects he worked on with his dad to his career, Jason dedicated over 30 years to this passion. From working at Hensley Industries to spending the last 15 years of his career at Holt Cat, Jason had many successes. His accomplishments and love for his job will always be remembered.

Just as we remember all he has accomplished; we will remember his outgoing personality and generous heart. Jason was always there to lend a helping hand to those in need. His loud voice, silly jokes, not so great dance moves, and random singing will be greatly missed.

Jason is survived by his wife Shelley, two daughters Bailey, and Hannah, his sister Lynn, brother-in-law Eric, nephews Jonathon and James, and nieces Erika and Sarah. He will be missed by many other relatives, friends, and colleagues.

The memorial service will be held at Midlothian Funeral Home, 200 E Ave, Midlothian, Texas on Saturday February 19th at 3 pm. All are invited to attend this celebration of life. He will be missed by many, but always in our hearts.

Offer Condolence for the family of Jason Paul Miller