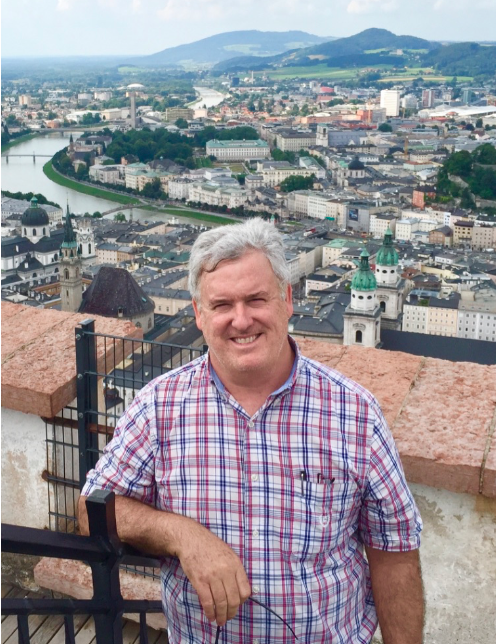 He graduated, with honors, from Lamar High School (Arlington, TX ,1978) and graduated, with honors, from Texas Christian University, Ft. Worth, TX. After completing his undergraduate degree, he moved to Hawaii and received a Masters Degree in Zoology. He also met the love of his life in Hawaii and married Mhel Rambaud in July 1991. They moved to Portland, OR in 1992 so Jim could attend the College of Naturopathic Medicine. He successfully completed a Doctor of Naturopathic Medicine degree and while in Oregon, their beloved daughter, Victoria H. Howard, was born.
Jim and his family returned to Hawaii where he opened a private practice and then began his internet business, Nature Doc. He and his family then moved to Joshua, Texas in 2007, where his “Texas Family” welcomed them with open arms. He continued his internet business and remained true to his servant heart by helping untold number of clients with health questions and problems and also providing invaluable research and support when his family and friends needed his medical advice or just help with changing out a car part, rerouting a dryer, or anything else he could research!

Jim was a beloved son, brother, nephew, husband, father, and uncle, and was a kind, generous, loving, and brilliant man who saw the joy and beauty of creation in each and every day. When asked how he was, his would always say “I am awesome!” He loved to blow his party horn and bring a smile to the people around him and his laughter and sense of humor were legendary. Until we meet again, dear Jim, we will continue to play Wahoo, blow our party horns and reach out a helping hand to those in need. His was a bright and beautiful light and our worlds are dimmer now.

He was predeceased by his maternal and paternal grandparents, his mother and father, his nephew Zachery H. Perkins, and brother-in-law, Robert L. Anderson. He is survived by his wife, Mhel, and daughter, Victoria, of Joshua, TX; Father-and mother-in-law Jacinto and Pilar Rambaud, (HI); siblings, John (Linda) Howard of Grand Ridge, FL.,Sara (Bruce) Perkins of Arlington, TX, , Susie (Ed) Hope of Burleson, TX, Debra L Anderson of Ft Worth, TX and Joel Howard (J Tracy Tucker), New York City; beloved aunt and uncle, Donald and Rosemary Pentecost of Ft. Worth, TX; nieces Stacy Alexander of Burleson, TX and Lindsey Hope of New York City, and nephews, Todd (Nina Ong) Hulin of New York City and Billy Perkins of Arington, TX.; great-nephews and great-niece and extended family in Hawaii. We list them all because Jim loved and cherished each one of us with an unconditional and steadfast love.

Due to the pandemic, a memorial service will be held at a later date.

Offer Condolence for the family of James Neal Howard