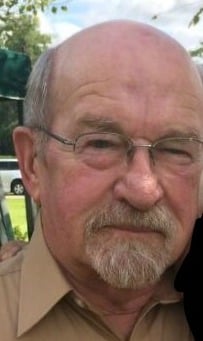 James Michael (Mike) Wheeler, 72, passed away at Community Hospice surrounded by his family, on April 26,2017.

Memorial Service: At James request, he will be cremated. The family will have a memorial service at Mayfield-Kiser Funeral Home in Burleson, Texas, on April 30,2017  at 2:00 pm

James was born on May 1, 1944, in Kountze, Texas. James married Linda Burrell on June 26, 1963. He was a loving husband, and wonderful father to his daughters Aleta and Janet.

James graduated from Kountze High School in 1962. He served in the Navy for 4 years, as a Gunner’s Mate on the USS Saratoga. After working for Halliburton for 30 years, James retired and he and Linda moved to the DFW area to be closer to their daughters.

James enjoyed riding his motorcycle, working in the yard, and helping others. He loved his nook reader and took it with him everywhere to read or play solitaire.

Survived by his wife of 53 years, Linda Wheeler; children Aleta Wheeler and Janet Wheeler, his sister Loma Robertson, and numerous cousins, nieces and nephews. James is preceded in death by his parents Henry and Stella Wheeler, brothers, Edwin, Raymond, William and sister, Mary.

In lieu of flowers, the family request donations be made to the American Cancer Society

Offer Condolence for the family of James Michael (Mike) Wheeler