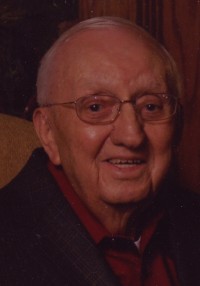 FORT WORTH — J.W. “Dub” Keith, 96, passed away Wednesday, January 25, 2012.
Funeral: 10 am Saturday, Jan. 28, 2012 at Mayfield Kiser Funeral Home Chapel. Visitation: 5 to 7 pm Friday at the funeral home. Interment: Rose Hill Cemetery, Cleburne.
“Dub” was born and grew up in the country around Fall Creek, Texas. Following high school he served our country overseas during World War II as a member of the Army Air Corps. Also during this time he married Dorothy George, and they lived a wonderful marriage until Dorothy’s death in 1991. Dub’s professional career spanned over thirty years with the Texas Department of Human Services, from which he retired in 1978 as Regional Administrator. His later years were spent at Heritage Place where he met and kept many dear friends.
Survivors: Dub is survived by his daughter, Kaye Keith Sinclair and husband Jim of Fort Worth; grandson, Matt Sinclair and wife Nicole of Fort Worth and Ed Sinclair and wife Kanika of Pflugerville, and great-grandchildren; Jaylen, Alexa, Layla, and Liliana.

Offer Condolence for the family of J. W. "Dub" Keith